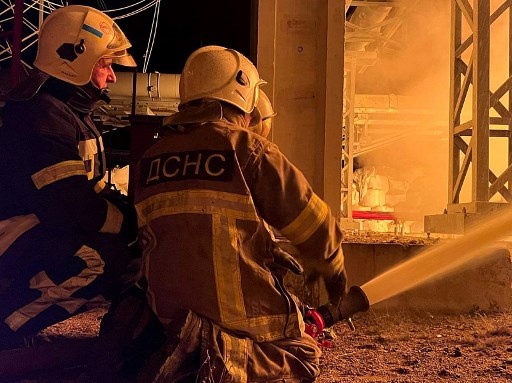 
Russia launched new missile strikes on Thursday, Nov. 17, 2022, against Ukrainian power grid and gas infrastructure, causing damage and inflicting casualties in the center of the country, but, according to news reports, failing to penetrate air defenses around the capital, Kyiv.

According to a Nov. 17  Ukrnafta national gas company statement, Russian missile strikes damaged natural  gas transportation infrastructure “in the east of the country.”

Dnipro’s Yuzhny machine-building factory, where Ukraine reportedly manufactures its own long-range missiles, also was targeted. There was no information about possible damage.

A strike package of four cruise missiles and five Iran-manufactured Shahed drones failed to break through air defenses around the capital and all the weapons were shot down, Kyiv regional defense commander Ivan Kuleba said in a statement. Social media posted by Kyiv residents confirmed  two weapons falling in flames.

Elsewhere in the country on Nov. 17, a single missile struck a “local infrastructure facility” in the southern city of Odesa, according to Maksym Marchenko, Odesa Military Administration head.

Kharkiv governor Oleh Synyehubov stated that Russian missiles hit “critical infrastructure” and injured three people. The Kremlin in the past has used shorter-range S-300 missiles to hit Kharkiv, Ukraine’s second-largest city located 35 kilometers from Russia’s border. Synyehubov did not specify the type of weapons used in the attack.

No major interruptions of power service were reported in Odesa. In Kyiv, power supply likewise appeared uninterrupted by the Thursday attack but rolling blackouts due to power grid damage caused in previous attacks remained in place. Most businesses and residences in the capital have electricity 12-14 hours a day in four-to-five-hour periods.

Also on Nov. 15, according to news reports, two Ukrainain S-300 anti-aircraft missiles fired at incoming Russian cruise missiles landed in Poland, killing two Polish citizens. Zelensky blamed Russia for the incident, arguing that if Russia hadn’t invaded Ukraine then Ukraine would not be forced to defend its skies.

In contrast to Russia, whose leader, President Vladimir Putin, has announced a war goal of forcing all Ukrainians to live in cold, dark apartments, the AFU has concentrated long-range strikes on mostly military targets.

Ukaine’s Army General Staff reported on Wednesday, Nov. 16, that their campaign was continuing, claiming a strike on  a Russian Federation (RF) command center in the southern town of Melitopol killed or wounded more than 100 RF army officers and staff in a series of explosions. The statement did not specify the weapon or weapons used to make the attack. There was no immediate confirmation in RF-controlled media.

The longest-range weapons received by Ukraine via foreign assistance, the U.S.-manufactured HIMARS precision rocket system, has a maximum range of 70 km. – well short of the range needed for AFU forces to hit Melitopol.

On Monday evening, Nov. 14, explosions hit an RF air base in the RF-occupied Crimea peninsula. On Wednesday afternoon, Nov. 16, in Mariupol, according to Ukrainian military sources, an RF vehicle repair base blew up, likewise from a long-range AFU attack. Both attacks took place well outside HIMARS range. 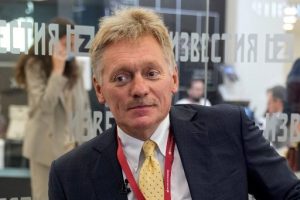