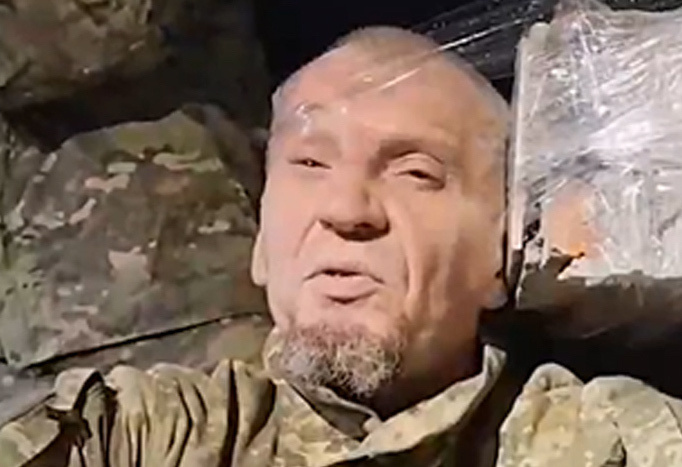 
Yevgeny Nuzhin, a former inmate and Wagner private military company (PMC) fighter who was tortured and murdered as a traitor after allegedly switching sides, consented to being sent back to Russia as part of a prisoner exchange, according to Ukrainian presidential advisor Mykhailo Podolyak, who made the shocking  claim in an interview on Tuesday, Nov. 15.

Podolyak made a strong comment about the ongoing situation:

“We have a very simple approach. A captive soldier can sign a voluntary refusal from the exchange procedure. And we will have a record of it.”

Podolyak asserts that the murder of Nuzhin may have been ordered by the founder of Wagner PMC, Evgeny Prigozhin, as a means of humiliating him.

The Kyiv Post recently reported that Yevgeny Nuzhin, a convicted murderer who, as a prisoner of war, mysteriously returned to Russia and was brutally murdered by the Wagner mercenary group.

Spearheaded by close Putin ally 55-year-old Yevgeny Prigozhin, who founded the Wagner Group, the recruitment drives entailed Prigozhin flying to remote penal colonies with a “Hero of Russia” medal pinned to his uniform. Prigozhin was filmed giving speeches to inmates and offering them a pardon in exchange for fighting on the front lines in Ukraine.

Footage released by Ukrainian forces in September revealed that Nuzhin had deserted the Wagner Group and had been taken prisoner. In the video, he described poor conditions in the Russian army, criticised President Putin, and stated that he wished to fight for Ukraine, saying that he had relatives living in Kyiv.

Nuzhin had, however, previously used his social media accounts to express support for the annexation of Crimea in 2014 and the invasion of Ukraine.

Details remain unclear as to when or how he was returned to Russia. However, upon arrival, he was handed back over to the Wagner Group – which has been accused of terrorism and numerous war crimes – despite the group previously warning that deserters would be killed.

Video footage released on Saturday, Nov. 12, by the Wagner Group on Telegram showed Nuzhin with his head attached to a large brick by cling film.

Seconds before he was killed, Nuzhin gave a seemingly scripted confession: “I am Yevgeny Anatolievich Nuzhin, born in 1967, who went to the front to go to the side of Ukraine to fight against the Russians.”

“On the fourth of September, I carried out my plan to go over to the side of Ukraine.

“On the eleventh of November, I was on the streets of Kyiv, where I received a blow to the head, as a result of which I lose consciousness.

“I woke up in this basement, where I was told that I was going to be put on trial.”

A member of the Wagner Group then raised a huge sledgehammer and struck Nuzhin’s neck. Falling backwards, he was then struck one final time on the head.

Sharing the video on his Telegram channel, Prigozhin wrote: “It seems to me that this film should be called ‘A dog dies a dog’s death.’ It was an excellent directional piece of work, watched in one breath. I hope no animals were harmed during filming.”

The video has been widely condemned as yet another display of Russian depravity.

The Wagner Group is renowned for using sledgehammers to carry out acts of torture and execution, including against captured men and women in Syria, and has since become the group’s unofficial symbol.

Meanwhile, Russian prisoner human rights group Gulagu.net wrote on Twitter, ”Nuzhin was in a strict regime colony. He was recruited by Yevgeny Prigozhin and almost immediately was taken captive [by Ukraine].”

“Some time later he did an interview – watched more than eight million times – and said he decided to fight for Ukraine.”

“According to our sources, Nuzhin was either re-captured or passed back to the Russian army, who passed him on to the so-called Wagner Security Service.”

“Putin and Prigozhin are murderers,” Gulagu.net added. “They must face justice.”

Meanwhile, human rights groups have called on the Ukrainian government to explain how Nuzhin managed to end up back in Russia, and to clarify if it was the result of a prisoner exchange.

Others have voiced concerns over filmed interrogations being made public, suggesting that doing so is counterproductive to the war effort.

“This story will make the enemy less likely to surrender in the future,” Ukrainian Iryna Chumak tweeted. “It will cause more Ukrainian deaths in battle and will decrease our exchange pool.” 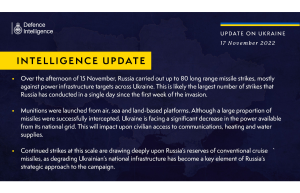 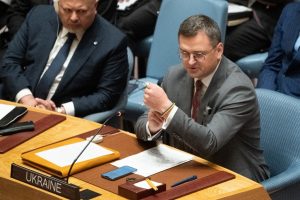