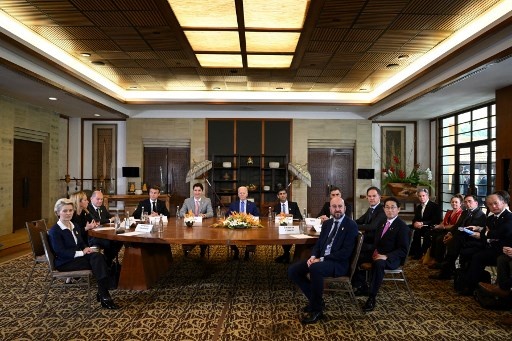 
The first day of the G20 summit in Indonesia was marked with an impassioned plea to world leaders from President Volodymyr Zelensky to step up and force Russia to stop its war against his country.

Speaking via videolink, he presented a 10-point peace plan to end the conflict “justly and on the basis of the UN Charter and international law.”

He added, “We will not allow Russia to wait out and build up its forces. I am convinced that now is the time when Russia’s war must and can be stopped.”

So just who was Zelensky speaking to and how receptive will they be? Kyiv Post takes a look at those countries which make up the G20 and their track records in support for Ukraine in its war against Russian aggression.

Not much to say about this really other than the very obvious point that launching a genocidal war of imperialist conquest against a country is about as far from being on its side as it is possible to be.

One notable point of course is that Russian President Vladimir Putin was too busy/paranoid/scared to attend and instead sent Foreign Secretary Sergei Lavrov and his potentially dodgy heart in his place.

China is the closest thing Russia has to global superpower support but it is far from definitive or unconditional. China has never condemned Russia’s reinvasion of Ukraine, nor has it endorsed it.

Instead China has walked a slightly ambiguous line that has at times echoed the Kremlin’s insistence of calling the invasion a “special military operation,” reiterated support for Russia while also calling for de-escalation and a resolution to the conflict.

Yet, just two weeks earlier, Foreign Ministry spokesperson Mao Ning called for de-escalation, adding, “all countries deserve respect for their sovereignty and territorial integrity,” and that “support should be given to all efforts that are conducive to peacefully resolving the crisis.”

The bottom line is Russia needs China far more than China needs Russia and China’s support for Russia will only continue so long as it aligns with its own self interests, especially economically.

China has not provided any military aid to Russia but has increased its import of Russian oil and gas, an indirect way of helping Russia’s military effort, but it is wary of doing more in case it becomes subject to debilitating Western sanctions.

The closest India has come to criticizing Russia was during an awkward televised meeting in September when Indian Prime Minister Narendra Modi told Putin, “I know that today’s era is not an era of war, and I have spoken to you on the phone about this.”

After the reinvasion of Ukraine, then-incumbent Brazilian President Jair Bolsonaro refused to sanction Russia, adopted a “neutral stance” on the conflict, and criticized Zelensky, saying Ukraine had “trusted a comedian with the fate of a nation.”

Bolsonaro has since been replaced by Lula da Silva, yet, the neutral stance and refusal to impose sanctions remains. Brazil has not provided military or financial aid to Ukraine but has donated food aid.

The G20 host nation has been described as a “fence-sitter” in the conflict, voting in favor of a UN resolution condemning the reinvasion but abstaining from another seeking to suspend Russia from the UN Human Rights Council.

Indonesian President Joko Widodo has traveled to both Kyiv and Moscow in an attempt to find a path to diplomacy but he has yet to explicitly condemn Russia.

In the hours following the reinvasion in February, South Africa took a firm stance against Russia, calling for the withdrawal of its troops from Ukraine.

Since then, however, the country has sought to restore and maintain friendly relations with Moscow and abstained from voting on the UN resolution condemning Russia.

South Africa has not provided any military or humanitarian aid to Ukraine.

Argentina has explicitly condemned Russia’s reinvasion of Ukraine, with the country’s Foreign Minister Santiago Cafiero saying back in May: “It is not legitimate to resort to the use of force and to violate the territorial integrity of another state as a way to resolve a conflict.

“Preventive wars are reprehensible because they are not lawful.”

Argentina has not provided military or direct financial aid to Ukraine but has undertaken a number of humanitarian initiatives including sending volunteers to help refugees at the Polish-Ukrainian border.

Japan has explicitly condemned Russia’s reinvasion of Ukraine, calling it a “grave breach of the United Nations Charter,” as well as imposing a number of sanctions.

The country has only provided non-lethal aid to Ukraine such as helmets, bulletproof vests, medical supplies and generators.

Mexico has condemned Russia and called for the respect of Ukraine’s territorial integrity but has refused Ukraine’s requests for weapons.

Officials in Kyiv have also criticized Mexico’s diplomatic efforts, saying a recent proposed initiative to bring an immediate cessation to hostilities so that peace talks could begin amounted to a “Russian plan” that would merely allow Russia to regroup while millions of Ukrainians remained under occupation.

Saudi Arabia has taken a measured diplomatic stance in the conflict, on the one hand voting in favour of UN resolutions condemning the reinvasion and the fake annexations of Ukrainian territory, but, on the other, failing to impose sanctions against Russia.

The country has given $400 million in humanitarian aid to Ukraine and played a key role in a prisoner swap back in September.

South Korea has walked a bit of a diplomatic tightrope, publicly insisting it would not provide Ukraine with lethal military aid while selling artillery shells to the U.S. which will reportedly then be delivered to Ukraine.

The country has explicitly condemned Russia’s reinvasion and, alongside Singapore, has imposed sanctions.

Australia has been one of Ukraine’s biggest supporters, providing hundreds of millions of dollars in military, financial and humanitarian aid.

Last month Albanese reiterated Australia’s support for Ukraine, saying his country would “continue to stand up for freedom and democracy,” adding, “This is not just about Ukraine’s sovereignty. The brave people of Ukraine are defending international law, rules and norms.”

As recently as Monday, Canada has reiterated its unwavering support for Ukraine with Prime Minister Justin Trudeau announcing in Bali another $500 million in assistance.

In an unequivocal statement, he said, “Canada continues to support Ukraine as it defends its territory, sovereignty, and independence from Russia. This additional military assistance will support Ukrainians as they bravely continue to fight against Vladimir Putin’s illegal invasion, while these new sanctions will put added pressure on those who support these acts of war.

“We, along with other members of the international community, will continue to use every tool at our disposal to hold Russia accountable for its brutal actions against Ukraine.”

Although President Emmanuel Macron has been mocked for his attempts to find a diplomatic solution to the conflict both before and after the reinvasion, France has provided much military aid to Ukraine, most recently pledging further air defense systems and the training of up to 2,000 Ukrainian troops.

Macron has been vocal in his condemnation of Russia, saying in September, “What we have seen is a return to the age of imperialism. France rejects this and will steadfastly search for peace.”

On paper Germany is one of the biggest supporters of Ukraine, coming behind only the U.S., U.K. and Poland in terms of the amount of military aid pledged.

But there has been a vast difference between what has been pledged and what has been delivered, with Ukraine publicly admonishing officials in Berlin for the slow delivery of tanks and arms.

Relations between the two countries soured in September when Ukraine’s Foreign Minister Dmytro Kuleba rebuked Germany for backtracking on a pledge to provide Leopard tanks and infantry fighting vehicles.

Italy has been a strong supporter of Ukraine, even after a new right-wing coalition government was sworn in last month.

The country’s leaders have consistently condemned Russia’s actions and have provided millions of euros in military aid, including small arms, anti-tank missiles and artillery shells.

There is, however, concern that, due to domestic concerns, Italy’s stance towards supporting Ukraine’s military ambitions may be softening as politicians deal with the cost of living crisis affecting many western countries and the rising cost of energy.

Turkey found itself in a tricky situation back in February: It is part of NATO, which backs Ukraine, but is heavily reliant on Russia for trade.

Turkish President Recep Tayyip Erdogan has chosen to play an active diplomatic role in the conflict, acting as a mediator in initiatives such as the deal that allowed Ukraine to export grain out of Odesa.

Back in August, Erdogan solidified his position, saying: “While continuing our efforts to find a solution, we remain on the side of our Ukraine friends.”

Turkey has provided lethal military aid to Ukraine including drones and missiles, as well as modernizing Ukrainian helicopters.

The U.K. has been the second biggest provider of military and humanitarian aid to Ukraine, has repeatedly condemned and called out Russia’s reinvasion. Former Prime Minister Boris Johnson visited Kyiv a number of times and is now a cult hero in the country.

It goes without saying that Ukraine’s biggest supporter is the United States and such is the scale of the aid given that Ukraine is on track to becoming the largest recipient of U.S. military assistance in the last century.

Concerns that U.S. aid could be reduced if Republicans performed well in the midterm elections last week were allayed after Democrats performed far better than expected and retained control of the Senate.

Spain – invited to G20 as a permanent guest – has consistently condemned Russia, with President Pedro Sánchez saying in no uncertain terms in August: “Spain reiterates its strongest condemnation of the unjustified aggressions, including the temporary occupation of the Crimean Peninsula, where its illegal actions constitute flagrant violations of international humanitarian law and human rights.” 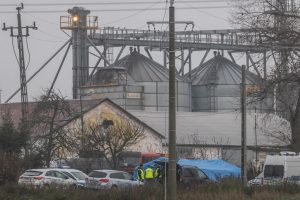