European Commissioner for Neighborhood Policy and Enlargement Oliver Varkheli met with Speaker of the Parliament Shalva Papuashvili, representatives of parliamentary factions and groups, as well as independent deputies in an expanded format as part of his visit to Georgia on November 15.

According to the press service of the Parliament of Georgia, at the meeting the parties discussed the provision of a European perspective for Georgia by the European Council and the implementation of 12 recommendations issued by the European Commission to obtain the status of a candidate for EU membership.

According to the same information, the European Commissioner noted at the meeting that “Georgia has great potential to become a long-term partner of the European Union in many areas, including energy security.”

“The European Commissioner expressed his readiness to continue to support Georgia on the path to joining the European Union and noted that after the implementation of the recommendations, he would actively work with member countries on granting Georgia candidate status,” the press release of the Parliament says.

“This is an important visit at an important time,” the Chairman of the Georgian Parliament said after the meeting, adding that the main message of the European Commissioner is that “today is not the time to complain and whine.”

In turn, after the end of the meeting, European Commissioner Varheli wrote on Twitter that the meeting discussed the process of implementing 12 recommendations.

“It was a promising discussion that the Parliament is working hard to implement the priorities,” he said, adding that “the Parliament of Georgia plays an important role.” 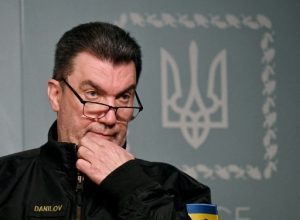