Turkish Interior Minister Suleiman Soylu dismissed the condolences of the United States over the terrorist attack in Istanbul, hinting that Ankara sees it as the US’s fault. According to European Pravda, his words are quoted by CNN Turk.

“We do not accept condolences from the US Embassy,” Suleiman Soylu said.

“We know how it was coordinated. We know what signal was sent to us. And we will send a very strong signal in response,” the minister said.

In communication with the media, he also said that the attack in Istanbul was carried out on behalf of the headquarters of the Kurdish organization YPG, located in the Syrian region of Kobani, and the performer was sent to Turkey through the Syrian Afrin. According to him, law enforcement officers have already carried out operations at 21 addresses and detained 46 people.

“Those involved in the attack could have fled to Greece today, but they were quickly captured,” the Anadolu news agency quoted the minister as saying.

Soylu also said that the organizers were allegedly preparing to kill the perpetrator of the terrorist attack – “throw it out of the window or throw it into the canal” so that the police would not expose the entire network.

Recall that the explosion in Istanbul occurred on the popular pedestrian street Istiklal in the afternoon on Sunday 13 November. The explosion site is located a six-minute walk from the central Taksim square.

According to the latest data, as a result of the explosion, 6 people were killed and another 81 were injured, of the last 39 people have already been discharged from hospitals after receiving assistance. Five of those hospitalized are in intensive care.

On the morning of October 14, they reported the arrest of a woman who, according to law enforcement officers, left explosives on the street. 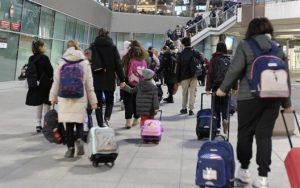 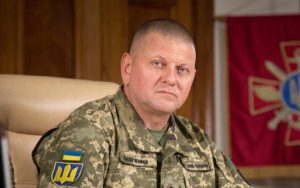 Next post There is only one condition for negotiations – Russia must leave all occupied territories, – Zaluzhnyi
iadmin