European Commissioner for Neighborhood Policy and Enlargement Oliver Varhey, who is on a visit to Georgia, said that he sees the steps taken to implement the 12 recommendations of the European Commission. At the same time, he noted that Georgia has to work hard to show its readiness to receive the status of a candidate for the European Union.

“I see development, the economy is booming, I drove around the city, and it is clear to everyone that the economy has been developing over the past year. We can see progress in the economy,” Varhei said at a joint press conference with Prime Minister Irakli Garibashvili.

“At the time of the difficulties facing both of us and this new environment of geopolitical pressure, Georgia has made it very clear to us that only joining the European Union is Georgia’s strong and firm goal. This requires long-term peace and stability. We have heard this message. I arrived not only [для того] to say that we have heard this message, how much to say that we are ready to fulfill this request,” Varhey said.

According to him, the vast majority of the Georgian population supports EU accession, and this is a very strong mandate not only for the government, but for the entire political elite.

“That’s why we came here today with a very clear goal – we want to help Georgia get ready to join the European Union, and we want to move forward together in this direction. Georgia will have to work hard in the coming weeks and months to show that it is ready to become a candidate country. However, this will only happen if all Georgians inside and outside the country work towards this goal. I’m sure history never gives the same chance twice. That is why we must seize this opportunity and make it a reality,” Varhei said, adding that for this it is necessary to fulfill 12 recommendations of the European Union.

“I am glad to see steps taken in this direction. Very important decisions and proposals are being made and prepared in Parliament, and the Government of Georgia is actively working to fulfill these priorities. We already see positive shifts in the direction of judicial reform, progress in the fight against corruption… Georgia has a positive experience in this direction and is an advanced country and, according to Transparency International, is ahead of other European countries. However, we will have to work hard for the anti-corruption department to become truly independent, we need a law on deoligarchization. As I understand it, work in this direction has begun, and steps are needed to strengthen the fight against organized crime, etc.,” Varhei said.

According to him, the sooner Georgia implements 12 recommendations, the faster it will advance on its way to Europe.

“The sooner Georgia implements these recommendations, the sooner the citizens of Georgia will benefit from the granting of your candidate status,” said Oliver Varhey.

According to Oliver Varhey, a national consensus is needed on all 12 priorities of the European Commission.

“For example, if you take my country, in Hungary it was part of our national consensus. The political struggle and conjuncture do not matter. This is a goal that is more important than any generation. Therefore, I hope that I will have good news from Georgia for Brussels, because parliament is an important aspect in this agreement. These are important major reforms that are being implemented in the country, and many issues are within the competence and mandate of the parliament. Therefore, we will have to work together, and I hope that beyond these day-to-day routines, a national consensus will be formed. I hope that all political parties and representatives of the political elite will see that this is a unique opportunity, a unique offer for Georgia. It will be very sad if you cannot use this chance,” said Oliver Varhey. 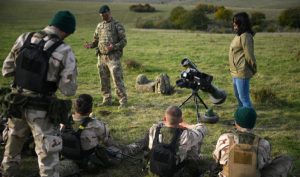 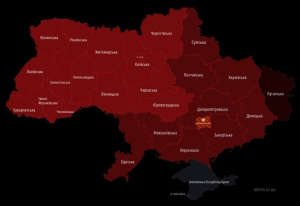