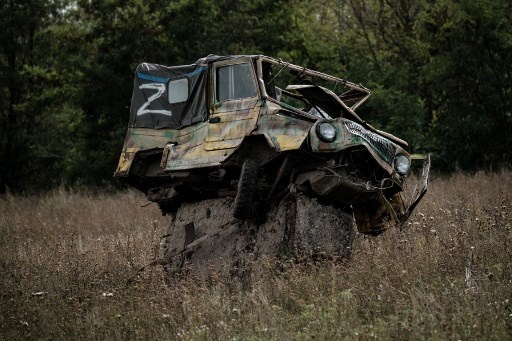 
A picture taken on September 26, 2022 shows a damaged car bearing the letter Z, the symbol of Russian forces, at a possible mine field next to an abandonned industrial chicken farm, near which the Russian forces were dug in, near a suspected mass grave in Kozacha Lopan, Kharkiv region, amid the Russian invasion of Ukraine.

Zambia’s foreign minister on Monday, Nov. 14, said a Zambian student who had been jailed in Russia was killed in fighting in Ukraine, and demanded an explanation from the Kremlin.

Lemekhani Nathan Nyirenda, 23, who had been serving a prison sentence in Moscow, “passed away on 22nd September 2022, in Ukraine,” minister Stanley Kakubo said in a statement, adding he died “at the battlefront.”

The statement said Nyirenda, who had been studying nuclear engineering at the Moscow Engineering Physics Institute, had been handed a jail term in April 2020 of nine years and six months.

He was incarcerated at Tyer medium security prison on the outskirts of the city, it said. The statement did not specify the alleged offence.

“(…) The Zambian government has requested the Russian authorities to urgently provide information on the circumstances under which a Zambian citizen, serving a prison sentence in Moscow, could have been recruited to fight in Ukraine and subsequently lose his life,” Kakubo said.

Ukrainian officials say the Wagner mercenary group has been sending thousands of soldiers recruited in Russian prisons to the front line, with the promise of a salary and an amnesty.

Several Ukrainian soldiers on the front line in Bakhmut told AFP last month that alleged ex-convicts were being used as bait to draw fire and reveal Ukrainian positions.

According to Ukrainian President Volodymyr Zelensky, Wagner may have recruited up to 2,000 former prisoners to fight.

Niyrenda’s remains have been transported to the Russian border town of Rostov ahead of repatriation to Zambia, the statement added. 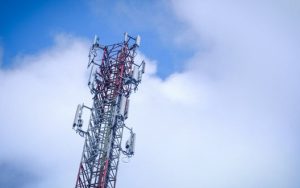 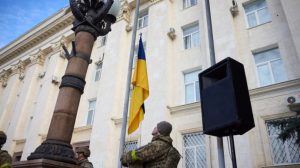