The final inspection team of the International Ski Federation is in Georgia, which should assess the progress of ongoing infrastructure work and completed work for the World Championships scheduled in Bakuriani in 2023. Information about this is being disseminated by the Ministry of Economy and Sustainable Development of Georgia.

According to the agency, today the head of the group, Michel Vion, met with Deputy Prime Minister, Economy Minister Levan Davitashvili. At the meeting, the high quality of the work performed, as well as the future of the Bakuriani resort as a ski resort of European rank, was noted.

“As a result of the infrastructure work carried out by the Georgian government in Bakuriani, Bakuriani may become a permanent host of international tournaments in the future. We hope that the inspection of the International Ski Federation will be completed successfully,” Levan Davitashvili said after the meeting.

“In 2023, the Bakuriani resort will host the World Freestyle and Snowboard Championships. In the areas of Didveli and Mitarbi, two artificial reservoirs (lakes) with a total volume of 307,000 m3 were built in the shortest possible time, which are necessary for the full functioning of the artificial snowmaking system. The installation of a 29-kilometer artificial snow system is also underway. As part of the World Cup project, six new competitive tracks have been built. At the meeting, it was noted that the implemented projects will remain in the resort and will serve the increased number of visitors to Bakuriani for ten years, which will help increase the recognition of the resort on an international scale,” the Ministry of Economy said. 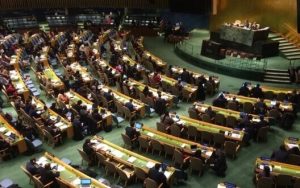