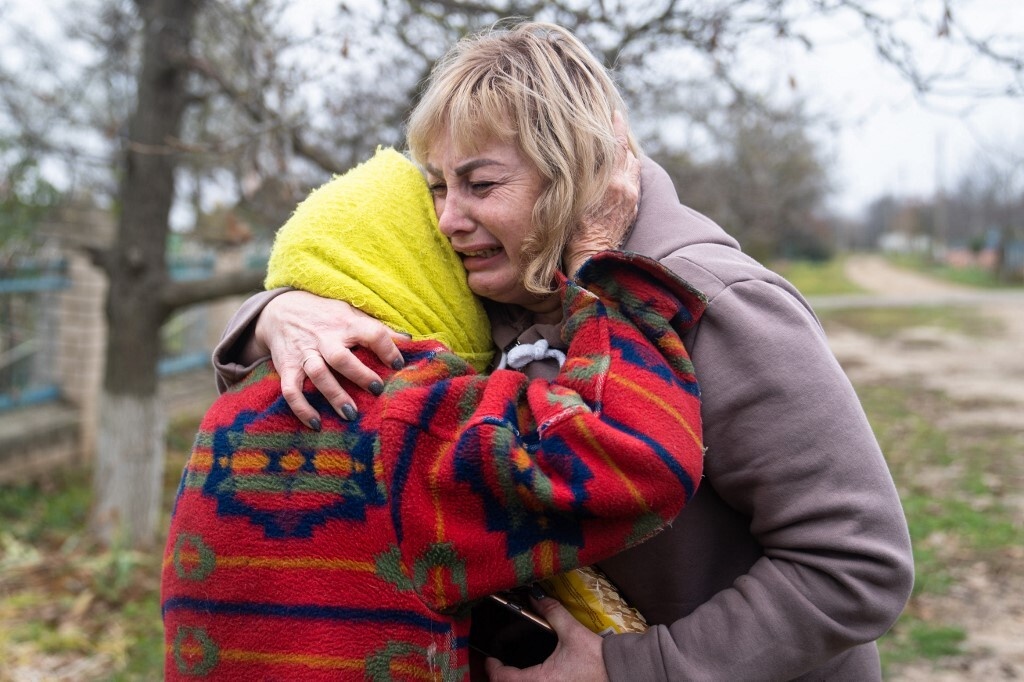 
After enduring more than eight months of Russian soldiers occupying her village near Kherson, Svitlana Halak said she cried “tears of happiness” when Ukrainian soldiers arrived to liberate them.

“I don’t know when the Russians arrived, but I only know one thing — that yesterday, or the day before yesterday, I saw a Ukrainian soldier and I was relieved,” the 43-year-old told AFP.

“I had tears of happiness, that finally Ukraine is liberated,” she said.

Her village Pravdyne is located about 50 kilometres (about 30 miles) northwest of the city of Kherson that, along with the eponymous region, was captured by Russian forces shortly after their invasion in late February.

On Friday, Nov. 11, Russia said it had pulled back more than 30,000 troops in the southern region, with Ukrainian President Volodymyr Zelensky declaring Kherson “ours” as residents reacted with joy and jubilation.

Halak is one of about 180 residents of Pravdyne, a small village in the middle of an agricultural plain that had some 1,000 residents before the war.

Some of the roofs of buildings appear blasted off, and several homes have been destroyed. Debris of anti-mine parts and explosives litter the village’s fields — a remnant of bombing campaigns.

Kyiv’s recapture of swathes of the southern region, which serves as a gateway to the Black Sea, was also a bittersweet moment for her — Halak’s eldest daughter had been killed in a bombing raid on the village.

“I will tell you honestly, I was not happy that Russians were here, and my child died. It is hard for me,” she said.

Her husband Viktor told AFP of mistreatment under some of the soldiers, like when he was once stopped when he went to a different part of Pravdyne to visit his mother.

“The Russians stopped us and forced us to kneel,” the 44-year-old told AFP.

While questioning him on whether he really was a resident of the village, another soldier tied his arms and legs.

“Then one of them came and said he was going to put a grenade under me so I wouldn’t run away,” he said.

He then told them that his daughter had already been killed and asked them: “Why do you want to put a grenade under me? Do you want to kill us all or what? What is your aim? Are you fascists?” he recounted.

Luckily, before he could be interrogated, another soldier recognised Viktor and he was released.

“We were happy when we saw Ukrainian soldiers, because we are Ukrainians,” he said, adding that the occupation was also difficult due to the lack of food.

“The Russian soldiers brought sweets, cans, food and everyone took it because no one wanted to die of hunger.”

Despite his run-in with some soldiers, many others “did not want to fight”, Viktor said.

“They were sitting around, not very happy to be here and not with their families.”

On Saturday, volunteers were seen coming in with a van to distribute food aid. Two women hugged each other while crying.

Svitlana Striletska said that 23 people were killed in the village since the occupation.

The 50-year-old school principal and deputy councillor of Pravdyne had helped with ferrying in humanitarian aid.

“We had a small factory to make butter, to make sunflower oil,” she said. “The Russians destroyed everything because we were helping people.”

She and her husband had to flee Pravdyne, she said.

“I will never forget it, a man from the village ran up to us and told me: ‘You have to run away, because they are looking for you’,” she told AFP.

“I knew I had to choose between being killed or running away.” 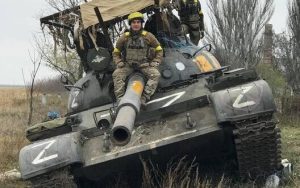 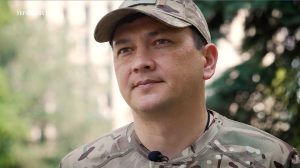