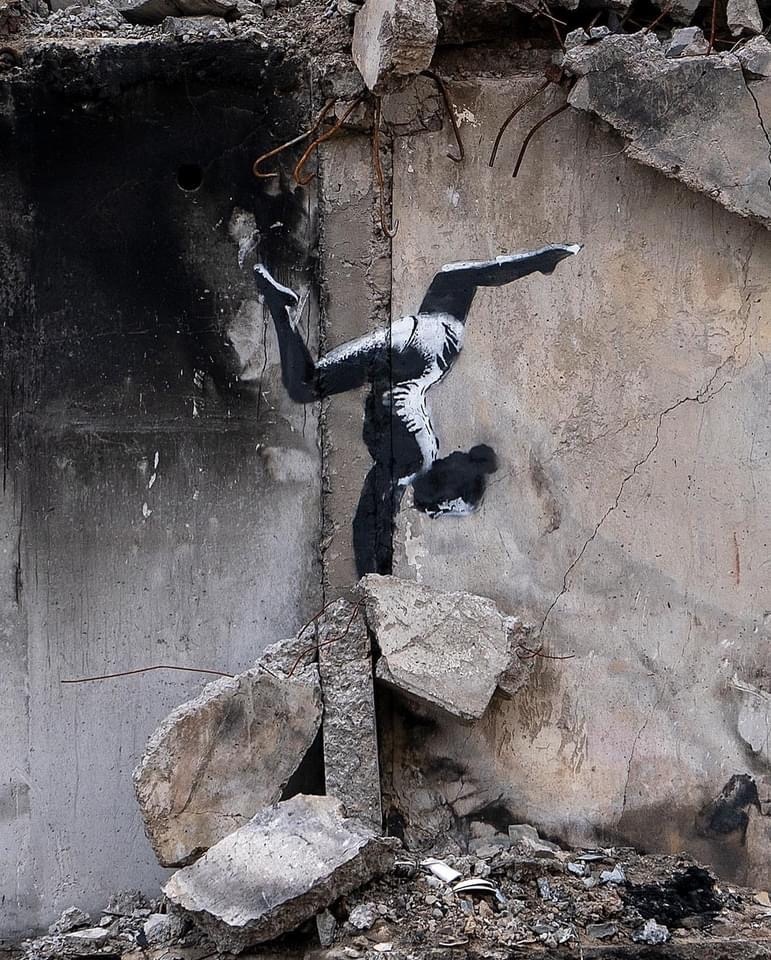 
Anonymous British graffiti artist Banksy has unveiled a new mural on the side of a war-damaged building in Ukraine.

On Nov. 11, the award-winning artist posted his latest work on Instagram, depicting a gymnast balancing on a damaged building. The mural is located in Borodyanka, north-west of Ukraine’s capital Kyiv.

Borodyanka was one of the hardest hit towns in the early days of Russia’s full-scale invasion of Ukraine.

“Thank you for inspiring people with your work and reminding [them] that war is not over and many people, including children, are struggling for freedom.” 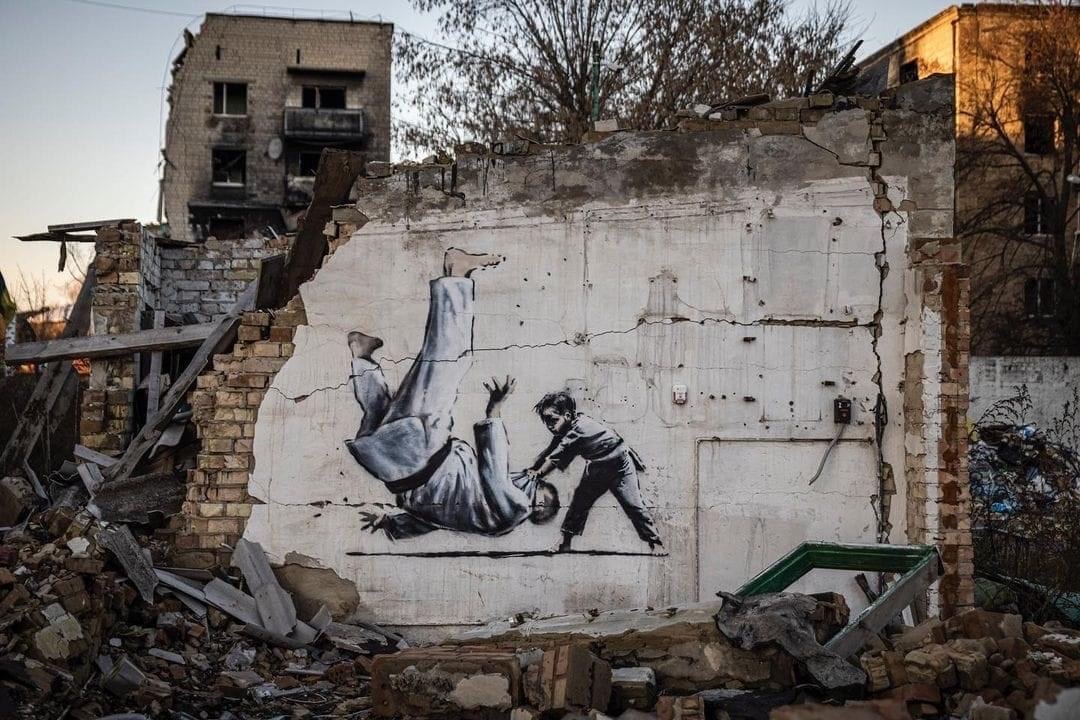 A mural of a child throwing a man on the floor is painted on a wall in a residential area of Borodyanka, Kyiv region. Photo credit journalist Ed Ram (@[email protected]) Instagram

Two further murals have also appeared, although not (at least yet) claimed by Banksy. One, in Borodyanka, depicts a judo match, with a man resembling Vladimir Putin being flipped by a young boy. The third, in Irpin, shows a female rhythmic gymnast wearing a neck brace, performing on a large hole in the side of a building. 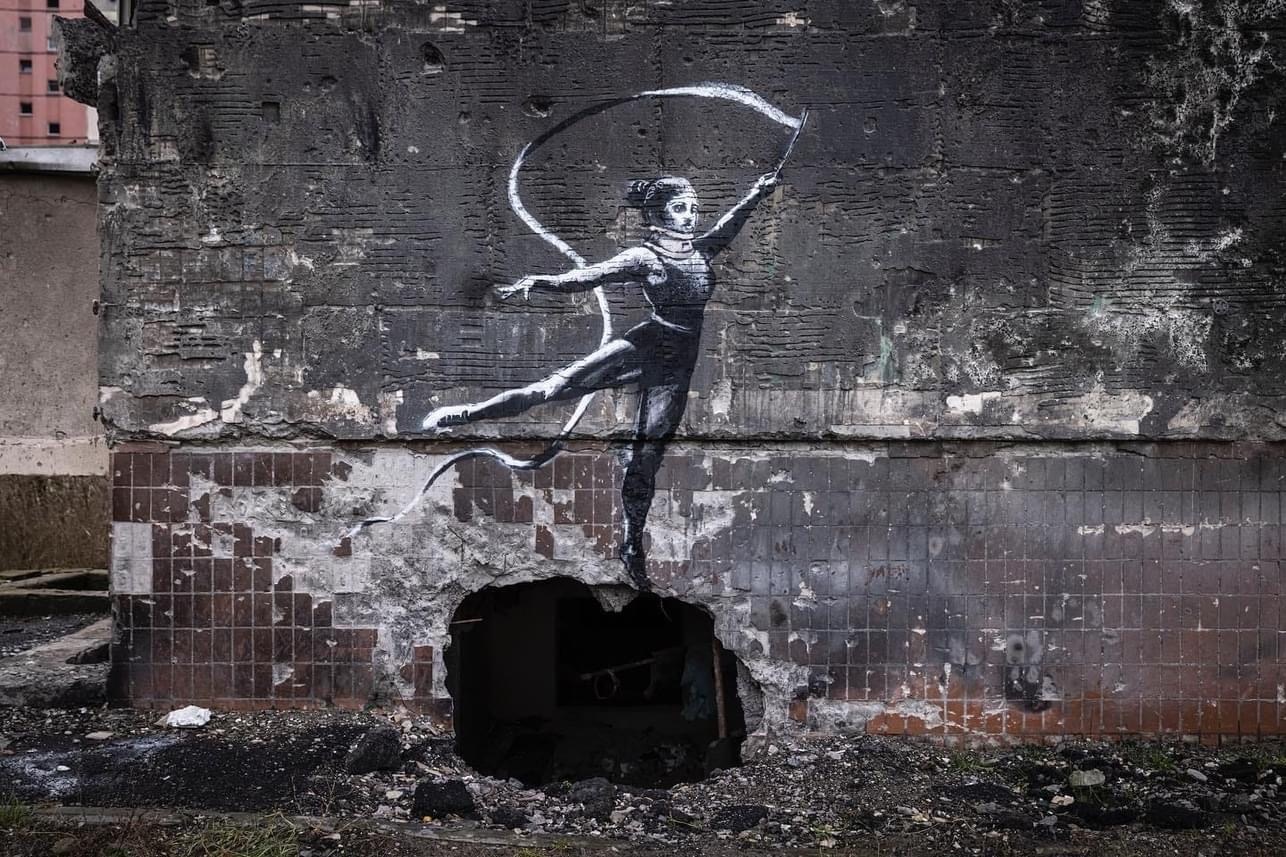 A mural of a woman in a leotard and a neck brace waving a ribbon is seen on the wall of a destroyed building in Irpin. Photo credit journalist Ed Ram (@[email protected]) Instagram

Taken together, the murals appear to capture the essence of Ukraine’s resolute spirit in the face of incredible adversity.

Whilst no direct connection is made, Ukraine has a proud association with gymnastics. In the mid-1990s, Ukrainian gymnast Lilia Podkopayeva held the European, World and Olympic all-around titles simultaneously, after taking gold in Atlanta ’96. She since became a United Nations goodwill ambassador on HIV/AIDS in Ukraine in 2005.

Banksy has been an active street artist since the 1990s, although has been careful to protect his identity. Some of his works have been valued at hundreds of thousands of dollars. In October 2021 he famously half-shredded his painting “Balloon Girl” during an auction, which reportedly sold for in excess of $25 million. 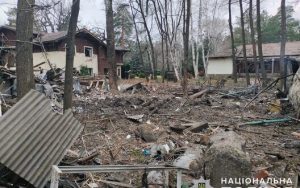 Next post Who is Attending the G20 Summit?
iadmin