The Prime Minister of Kazakhstan informs that Kazakhstan will start transporting oil via the Tbilisi-Baku-Ceyhan pipeline from January 1, 2023.

According to Kazinform, Prime Minister of Kazakhstan Alikhan Smailov stated this at a briefing with journalists.

According to him, the oil will flow from the port of Aktau to the port of Baku, and then it will be transported through the Baku-Tbilisi-Ceyhan oil pipeline.

“Through the port of Baku, Kazakh oil can be transported via the Baku-Supsa and Baku-Batumi oil pipelines. There is also a railway route from Atyrau towards Batumi and Uzbekistan. And also there is a Chinese direction. We are currently working on expanding and increasing the export potential of oil in these areas,” Smailov said.

“As for the Baku-Tbilisi-Ceyhan oil pipeline, we agreed on the transportation of 1.5 million tons of oil, which will begin on January 1, 2023,” the Prime Minister of Kazakhstan said, adding that later the volume of oil transported through this pipeline will increase to 6.5 million tons.

He also noted that Tengizchevroil doubled the number of tankers and began pilot rail transportation to Batumi and Uzbekistan. 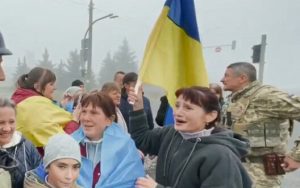 Previous post They cried and gave thanks for liberation: On outskirts of Kherson, locals residents rejoiced at de-occupation of city. VIDEO 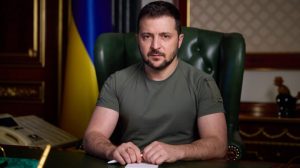