The national basketball team of Georgia with a score of 88:85 won the most important match of the second round of the qualifying stage (ke) of the 2023 World Cup in Reykjavik against the national team of Iceland, thereby making a real step forward towards winning the right to play at the 2023 World Cup, which will be held from August 25 to 10 September 2023 in Indonesia, Japan and the Philippines.

The match with Iceland took place on the night of November 11-12, among the spectators who filled the stands of the Laugardalur arena, there were about 150 natives of different cities and regions of Georgia, living or staying in Iceland. Our compatriots throughout the match actively supported the basketball players of the Georgian national team and contributed to the successful game of our team. The captain of the Georgian national team and the basketball player of the Italian Virtus Bologna club Tornike Shengelia, other players of the national team and members of the coaching staff said this after the match with gratitude.

Fans of the Georgian national team

I would like to note that on November 8, at Keflavik International Airport, most of the players and coaches of the Georgian national team who arrived from Tbilisi (the first part of the team arrived there from European countries the day before) were met by Temo Kvartshava, a native of Sukhumi living in Iceland. By the way, in August 2014, together with his father, a former football player of the Sukhumi Dynamo (1969-1970) and the team of the Georgian Institute of Subtropical Economy (Sukhumi GISKh – USSR USSR Champion in 1975 among agricultural universities), a native of Sukhumi Nugzar Kvartshava and mother, a native of the Gali district Mimosa Zarakua in August 2014 actively supported our basketball team in the away match of the Euro 2015 qualifying tournament with Portugal. Then the Kvartskhava family lived in Portugal and did everything possible to make our basketball players feel comfortable before and during the Portugal-Georgia match, which ended with the victory of our guys with a score of 91:90.

In recent years, the Kvartskhava family has been living in Iceland and always actively supports the players of the Georgian national team in various sports visiting this country for official matches. And the match of the Georgian basketball team in Iceland aroused unprecedented interest in Reykjavik both among the fans of the Icelandic national team and among the natives of Sukhumi, Gali, Kutaisi, Batumi, Ozurgeti, Tbilisi, Rustavi and other cities and regions of Georgia, who, naturally, were sick for the Georgian national team. Several fans of our national team specially flew to Reykjavik from Georgia, who have been attending away matches of the Georgian national team for many years. By the way, on Friday late at night in the stands of the above-mentioned arena in Reykjavik, there were many women and many children among the fans of the Georgian national team, they, along with the men, strongly and actively supported their favorite team throughout the match. This was also evident during the broadcast of the match, the author of these lines also received additional information about this from members of the Georgian basketball team and representatives of the Basketball Federation of our country, as well as from our compatriots in Reykjavik. By the way, Temo Kvartskhava, together with friends, natives of Georgia, a couple of days before the match with Iceland in Reykvik, visited the hotel where our team lived, cheered up our basketball players and told them that during the game with Iceland, our team from the stands will be supported by more than a hundred natives of Georgia living in Iceland. And such support is important for athletes, especially for basketball players, because what is happening in the stands is well felt in the hall.

The first and second periods of the match with Iceland went with the advantage of the Georgian team, which led almost all the time – four or six points, sometimes nine or ten. The first period ended with our victory with a score of 26:17, after the second period the scoreboard showed 45:38 in favor of Georgia. In the third period, the Icelanders looked better – they not only equalized the score and took the lead, but also led with a margin of 6-9 points, at the end of the third period, our team managed to close the gap and the period ended with the victory of the hosts from 63:60. In the first part of the fourth period, the Icelanders again dominated, but at the end of the match our basketball players mobilized their efforts to the maximum and not only equalized the score, but also took the lead. More than a minute before the end of the game, our team led by 7 points – 83:76, but the hosts did not give up and reduced the score. The last 15 seconds of the match were especially tense, the Georgian team managed to win an important victory with a score of 88:85. In our team, the most active, useful and effective were Tornike Shengelia (27 points, 11 rebounds under the shield and 4 passes), Duda Sanadze (13 points), Ted McFadden (12 points), Georgy Shermadini (10 points, 11 rebounds), Mikhail Berishvili brought the team 9 points, and made it the most important three-pointers at the end of the game, Rati Andronikashvili scored 6 points, team veteran Giorgi Tsintsadze, who played the 202nd match for the national team, contributed 7 points to the victory treasury, Merab Bokolishvili and Kakha Dzhincharadze – 2 each points each, Beka Bekauri also participated in the match. Iceland’s top scorers were Fridriksson (19 points), Steinarsson (16) and Hlinasson (15).

After the match with Iceland, Tornike Shengelia called this victory “the most important” to achieve the goal of winning the rights to play in the 2023 World Cup. “But on November 14 we have a very difficult match with Italy, and in February we have games with the Netherlands and Iceland, the whole struggle is ahead”, Shengelia noted.

To date, this group L is led by Spain, which has won 6 victories in seven matches (including the games of the first round of the CE World Cup) and has already secured the right to participate in the 2023 World Cup. In second place is Italy with 5 wins and 2 losses, in third place is Georgia with 4 wins and 3 losses, in fourth place is Iceland with 4 wins and 3 losses, in fifth is Ukraine with 2 wins and 5 losses, and in last is the Netherlands with 7 losses. Based on the results of the two-round tournament, three of these 6 teams will qualify for the final stage of the 2023 World Cup, which will be held in Indonesia, Japan and the Philippines from August 25 to September 10, 2023. Based on the standings and the balance of power, the match against Italy, which will be held in Tbilisi on November 14, is very important for our team. If the Georgian team can win this game, then this greatly increases the chances of our team to reach the final stage of the 2023 World Cup. On November 14, Ukraine will play a home match (in Riga) with Iceland, and Spain will play at home with the Netherlands.

Photo – Episode of the match Iceland-Georgia (photo from the website of the Georgian Basketball Federation). 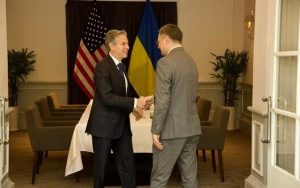