Statement of the so-called. about the opening of the Belarusian embassy in Sukhumi is an open signal and a criminal act against the sovereignty and territorial integrity of the Georgian state, – said Paata Davitaya, chairman of the European Democrats party.

According to him, we are preparing everything for the implementation of the Russian Federation’s attempt to create in the future the so-called. a new union, which, together with Belarus, will include Abkhazia and the Tskhinvali region.

Belarus has always fixed its position regarding the sovereignty and territorial integrity of Georgia, but after it became an ally of the separatists, we hear open statements that pose a threat to our country. The statement of the criminal separatist president Bzhaniya regarding the opening of the Belarusian embassy in Sukhumi is a preparation for the situation, about which I have repeatedly made tough statements.

The most disturbing thing in the statement of the criminal leader of the separatists is that Belarus, bypassing the Georgian government and in violation of the law on the occupied territories, is investing in Abkhazia, namely in the Ochamchira region. This means that the actions of the government of Belarus are contrary to the legislation of Georgia, the principles of international law and existing decisions to impose sanctions on companies that bypass the government of Georgia and operate in the occupied territories.

I call on the government of Georgia to break the silence on Belarus and make tough statements. Determine which public and private companies have entered the occupied territories with an investment of 50 million, and initiate legal action against them, including the initiation of criminal cases, as well as the imposition of international sanctions against partner countries.

Everything is being prepared in order to carry out an attempt by the Russian Federation to create a so-called. a new union, in which, together with Belarus, there will be Abkhazia and the Tskhinvali region. That is why today it is important to resort to all legal measures, so that in the future, if such steps are taken, it would be possible to respond harshly, and so that there are legal grounds against the so-called criminal. union state, – says Paata Davitaia, whose comment is distributed by the press service of the party. 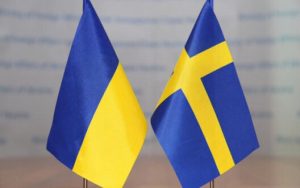 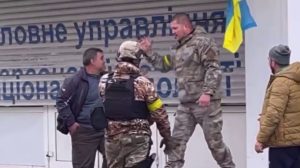