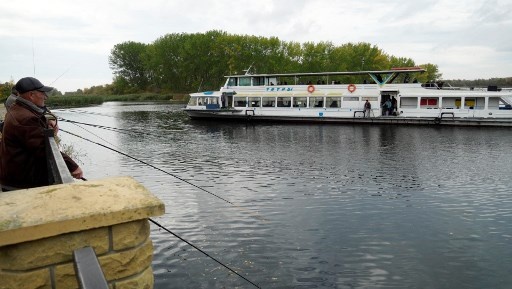 
Russia ordered its troops to abandon the Dnipro river’s west bank only hours after Yevgen Gamiy had another lucky escape from incoming fire on its east.

The Kremlin’s announced pullback from the city of Kherson and about half of its eponymous region appeared to mark a new low for President Vladimir Putin in the ninth month of his gruelling war.

Kherson was the only regional capital Russia had captured and is Ukraine’s gateway to Kremlin-annexed Crimea and the Sea of Azov.

Wednesday’s retreat announcement came two months after Russia’s forces were routed in the north — and seven months after they gave up in their attempts to capture Kyiv.

Ukraine has reacted sceptically to the announced pullout and President Volodymyr Zelensky has suggested Russia could be strategically feigning rather than experiencing a major setback.

Little of this seemed to matter to the 51-year-old owner of the last functioning tractor in Stepnogirsk, one of the last inhabited villages before Russian positions on the eastern half of the southern front.

Gamiy had been entrusted — by both bad luck and default — to tow water from a spring to basement dwellers in the village.

The man of all trades was learning the hard way that the Russians still felt comfortable on his side of the Dnipro divide.

“It seemed quiet this morning and then this,” the tractor driver said while holding a fragment, the length of a loaf of bread, of a Grad rocket.

“It whistled for a split second and then blew up. And then another one,” he said. “It gets scary on that tractor.”

Ukraine’s main river is turning into a natural shield for Putin’s troops.

Almost all of Stepnogirsk’s Zaporizhzhia region is removed from Kherson and Ukraine’s advancing army by the Dnipro’s yawning banks.

The Russians have been holed up in fields running a handful of kilometres south of the villages since the first days of war.

Few villagers know why the sides keep volleying rockets at each other along a completely frozen section of the front.

But the exchanges have forced Stepnogirsk’s 1,500 or so remaining residents to spend most of their days below ground.

“We hear about the things happening in Kherson,” engineer Lyudmyla Okopna said with a distinct lack of enthusiasm in her voice.

“We keep thinking that our guys will start advancing in our direction too. But it just has not happened,” said the 58-year-old.

“Our front has not moved.”

The big worry in such isolated places is that Ukraine will have to halt its counteroffensive when snow starts falling in the coming weeks.

The winter makes fighting more difficult for both armies. Soldiers freeze in their foxholes and engines refuse to start.

And few can predict how the Russians will fight in the spring unless they have a chance to regroup.

Lyubov Gazhula worried about the winter while eating an apple pie she and her neighbours baked on a makeshift stove in their well-appointed basement.

“If the war suddenly stops, we will get what has been going on in Donetsk for the last eight years,” the 62-year-old said.

An insurgency by Kremlin proxies in Ukraine’s east in 2014 turned into a low-scale conflict in which thousands died without land changing hands.

“Eight years of shooting and nothing moving. I would not want that,” the former farm worker said.

Another concern around Zaporizhzhia is where the Russians will go after Kherson.

‘No one comes here’

No part of either southern region was under the Kremlin’s control before the war.

A Kherson debacle could turn Zaporizhzhia — an industrial and agricultural region stretching south to the Sea of Azov — into Putin’s main success of the war.

“The front has been holding in place here for so long that we started to think that the Russians will probably not reach us,” Okopna said.

Yet Zaporizhzhia’s link with the rest of Russia’s force to the east makes it more open to a potential new Kremlin push.

“Those Russian liberators -– they erase everything in their path. You can’t trust them,” Gazhula fumed.

The tractor driver was equally glum.

Gamiy took out a bank loan to pay for his tractor just before the war broke out.

His plan to pay back the money by working the village’s fields was scuppered by Putin’s invasion and now the bank wanted the tractor back.

“I got this job because everyone else took their equipment away,” he said.

“I tell the bank to come and get the tractor if they want it. But no one comes here.” 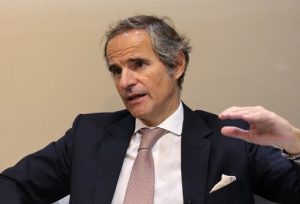 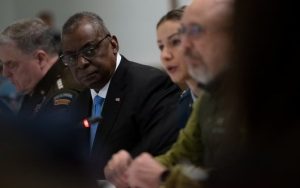 Next post Seventh "Ramstein" will be held next week, military aid to Ukraine will be discussed, – Pentagon
iadmin