Since the beginning of the week, when it became clear that Russia would leave Kherson, the Kremlin and the Foreign Ministry have been declaring their desire for negotiations with Ukraine almost daily.

Today, November 11, Russian Deputy Foreign Minister Sergei Ryabkov spoke on this topic. According to him, Russia is “open to dialogue without preconditions.” “We were ready for this before, but Kyiv, at the command of its Western curators, interrupted the dialogue, which, in general, was moving forward: a certain document was being developed. Now it’s all in the past. What happens next is not up to us,” Ryabkov said.

The possibility of ending the war in Ukraine if Kyiv agrees to the talks was also announced by the press secretary of the President of the Russian Federation Dmitry Peskov. “The conflict in Ukraine, that is, I would say, a special military operation, can be completed by completing its goals or achieving goals through peace negotiations,” he said. At the same time, Peskov lamented that, taking into account Ukraine’s position, dialogue is “impossible right now.”

A similar position was voiced by the Kremlin representative on 7 November. Then he noted that Moscow “remains open and ready to achieve its goals through dialogue”, but does not see such an opportunity, since Kyiv adopted a law “on the non-continuation of any negotiations with the Russian side.”

On November 8, after Ukrainian President Volodymyr Zelensky announced the conditions for resuming contacts on a settlement, the Russian Foreign Ministry said that there were no preliminary demands from Russia in this regard. “Ukraine has adopted a law that prohibits it from conducting peace negotiations with Russia. This is their choice, we have always declared our readiness for such negotiations, which were interrupted through no fault of ours. From our side, there are no preconditions, except for the main thing: for Ukraine to show goodwill,” said Andriy Rudenko, deputy head of the department.

On November 9, when Defense Minister Sergei Shoigu gave the order to surrender Kherson, Russian Foreign Ministry spokeswoman Maria Zakharova hinted that Kyiv must now finally agree to a settlement. “The Russian side is still open to negotiations with the Ukrainian side, ready to conduct them, taking into account the realities that are emerging at the moment,” she stressed. Thus, requests for dialogue have already been made five times in a week.

On September 30, Zelensky signed a decree on the impossibility of negotiations with current Russian President Vladimir Putin. However, in his statement regarding the conditions for the start of the settlement, he did not mention this. On November 10, Zelensky said he agreed “to speak with Russia, but with a different Russia – one that will really be ready for peace.”

In turn, the Ministry of Foreign Affairs of Ukraine considers such calls from Moscow to be “another smoke screen”. “Russian officials start reminiscing about negotiations every time Russian troops are defeated on the battlefield. Moscow is not interested in restoring peace in Ukraine. Simulating a readiness for dialogue, the Russian Federation is trying to buy time to regroup units, prepare the recently mobilized Russians, resolve the issue of lack of weapons, eliminate the shortcomings of logistics, and then resort to new waves of aggression with renewed vigor, ”said Foreign Ministry spokesman Oleg Nikolenko.

He recalled that Ukraine has repeatedly offered negotiations, “but always received either a dismissive reaction and a demand to obey the Kremlin’s ultimatums, or another act of genocide of Ukrainians.”

In the spring, Zelensky did ask Putin for a personal meeting four times, but the Kremlin refused him all the time, citing the fact that there were “no specific issues” for discussion at such a high level.

Meanwhile, the West was also talking about the possibility of peace talks. However, there is no clear position on this yet. There was even a conflict in the US leadership, writes The New York Times. President Joe Biden and his National Security Adviser Jace Sullivan say it is too early to start talks because the Ukrainians could make new military gains. And the chairman of the Joint Chiefs of Staff, General Mark Milley, is confident that Kyiv should try to use diplomatic methods already in the winter to secure its territorial gains at the negotiating table. 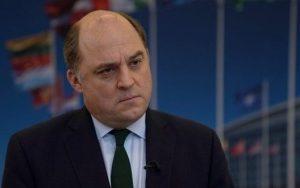 Previous post Western weapons can get from Ukraine to Iran. It’s risk we took calculatedly – Wallace 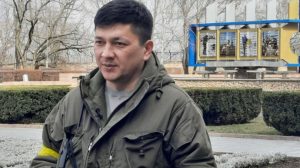 Next post All of Mykolaiv Oblast except Kinburn Spit liberated
iadmin