Parliament returns to the discussion of the draft law “On Deoligarchization”. The bill initiated in the Parliament will be considered by the committee on legal issues in the second reading article by article at a meeting on 11 November.

The project was developed on the example of the law of Ukraine of similar content and essentially repeats the norms of the Ukrainian law.

According to the draft, a person with significant economic and political weight in public life – an oligarch – is considered to be an individual who simultaneously meets at least three of the following criteria:

a) participate in political life;

b) has a significant influence on the media;

c) is the ultimate beneficiary of that entrepreneurial legal entity that occupies a dominant position in the market and maintains or improves this position within 1 year;

d) the confirmed amount of assets of him and those entrepreneurial legal entities where he is a beneficiary, as of January 1 of the relevant year, is 1,000,000 times the subsistence minimum established for able-bodied persons.

According to the bill, a person recognized as an oligarch, whose data will be entered into the relevant register, is limited in certain financial activities. In particular:

Making donations from own funds, performing works, providing goods, services or cash in support of political parties through related persons and / or such legal entities where he is the ultimate beneficiary, performing works, providing goods or services; also, in accordance with the Electoral Code, donations to the electoral fund of candidates (except for their own electoral fund) and financing of political parties during the electoral process.
In the process of privatization of large-scale facilities, be the buyer (beneficiary of the buyer);
Financing any political campaign, holding meetings or demonstrations with political demands.
According to the draft, the law “On Deoligarchization” will lose its force 10 years after its implementation. 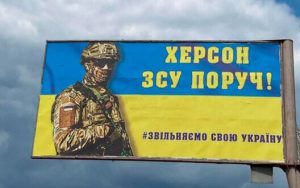 Previous post Kherson is already in range of Ukrainian artillery. Russians’ defeat can be turned into a rout if necessary ammunition is directed to hit areas near crossings, – Butusov
Next post Sunak and Zelenskyy remain cautious after Russia's statements about withdrawing from Kherson
iadmin