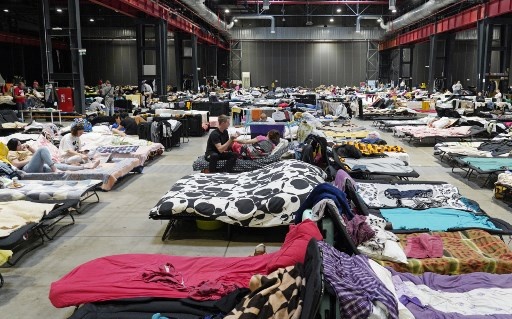 
The United Nations Friday, Nov. 11 cautioned that millions of people displaced by conflicts and persecution in Ukraine, Afghanistan and across the Middle East risk “extreme hardship” as winter approaches.

UNHCR, the UN refugee agency, said there was a dire need for more funds to support many displaced people at a time when the coming northern hemisphere winter is expected to be “far more challenging than in recent years”.

“Many displaced families will have no option but to choose between food and warmth as they struggle to heat their shelters, source warm clothing, and cook hot meals,” spokeswoman Olga Sarrado told reporters in Geneva.

She pointed to the situation of the millions uprooted from their homes by Russia’s invasion of Ukraine.

Many are living in shelters or “in damaged homes or in buildings ill-suited to protect them from the biting cold, with disrupted energy, heating and water supplies and lost livelihoods,” she said.

UNHCR, she said, had teams inside Ukraine with programmes aiming to repair buildings and help about one million of the internally displaced people there to access “safe, warm and dignified accommodation during the freezing months”.

Sarrado also highlighted the situation in crisis-wracked Afghanistan, warning that “many displaced and conflict-affected families will be left exposed to the elements” in a country where winter temperatures often fall to minus 25 degrees Celsius (minus 13 degrees Fahrenheit).

The UN agency also warned that an estimated 3.4 million Syrians and Iraqis displaced within their conflict-torn countries or in the surrounding region will need “critical assistance to prepare for and cope with winter”.

“Across the Middle East, many displaced Syrians and Iraqis will have to contend with extreme cold and snowstorms once again,” Sarrado said, pointing out that “this will be the 12th consecutive winter in displacement for many”.

The situation is particularly dire in Lebanon, in the grips of a severe economic crisis, where nine out of 10 Syrian refugees are already living in extreme poverty, UNHCR warned.

At the same time, Sarrado warned that there was a significant funding shortfall to address the swelling needs, adding that UNHCR was launching a winter fundraiser to bridge the gaps.

The agency, she said, has estimated that it will need $400 million to help displaced people in Ukraine, Afghanistan and the Middle East “meet their most urgent needs during the coldest months of the year”. 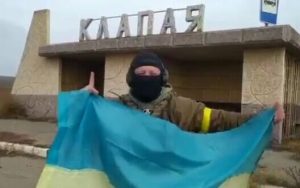