According to Nadiradze, 10 deputies of parliament, 4 deputies of the Supreme Council of Adjara, chairmen of 52 district organizations of the UNM and 277 deputies of Sakrebulo joined the request of UNM members to hold internal elections in the party.

“All these people, together with hundreds of thousands of our supporters, are waiting for a meeting of the Political Council to be scheduled as soon as possible to set the date of the elections and determine how these elections will be held. This number of supporters is only one day’s data, and the number is increasing hourly,” Nadiradze said.

After the briefing, Netgazeti contacted Bondo Tedoradze, who, together with Nadiradze, is demanding that intra-party elections be called as soon as possible.

According to Tedoradze, among the deputies who joined their demand: 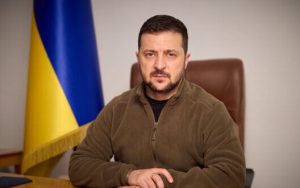 Previous post Zelenskiy is concerned about some US congressmen’s statements of support for Ukraine: "This is a very disturbing signal"
Next post Ukraine's MFA calls for "neutralisation" of Russia's military cooperation with Iran
iadmin