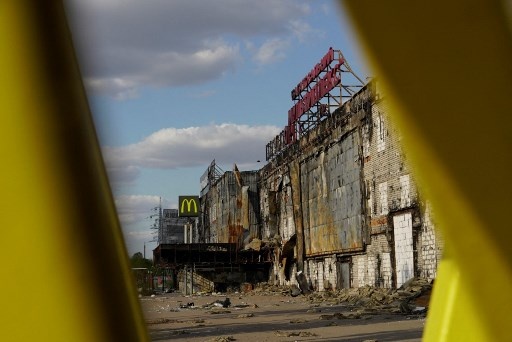 
Few Ukrainians shopping for socks and extension cords on the main market of the biggest city near the Kherson front Thursday, Nov. 10, could believe the Russians really were pulling back.

Russian generals have ordered their troops to abandon their main southern bastion and other positions on the west bank of the Dnipro River.

Wednesday’s televised announcement capped weeks of creeping progress by Ukraine’s forces towards the biggest city — and only regional capital — Russia had captured in the war.

Kherson offers Ukraine a gateway to the Kremlin-annexed Crimea peninsula and the Sea of Azov.

Its fall in the first days of war cemented Russia’s control over a huge swath of southeastern Ukraine.

The retreat would leave President Vladimir Putin with little to show from his invasion other than Russia being ostracized from the Western world.

So suspicions that the Russians were pulling some sort of trick ran hight among Ukraine’s leaders in Kyiv and Mykolaiv shoppers at the central market.

“Why would they just get up and go after defending it with all their might for eight months?” mechanic Igor Kosorotov asked.

“I think that would be the height of stupidity. It makes no sense in my mind,” the 59-year-old said.

The people of Mykolaiv have grounds to doubt the Russians.

Military officials say the riverside port has been bombed on 80 percent of the days of the war.

Many of its Soviet-era high-rises stand with blown out windows and soot covering walls in places where fires raged after aerial attacks.

The city’s eastern outskirts are dotted with the rusting remains of Russian armoured vehicles that tried and failed to capture the city in late February.

“How you can you trust a thing they say?” driver Volodymyr Vypritskiy demanded in between stalls selling vegetables and winter hats.

“How can you trust people that always told us they were our brothers? People who start killing their brothers — can you really believe them?” the 55-year-old asked.

The Kremlin initially argued that Russians and Ukrainians were one people that were split into two nations by geopolitical mistakes.

The logic changed when Moscow started calling Ukraine’s leaders Nazis who had to be deposed for the nation’s own sake.

Many around the Mykolaiv market did not even know that Russia had ordered a Kherson withdrawal.

Ukraine has banned Russian television and urged people not to trust a word coming out of Moscow during the war.

This has enflamed suspicions that news of the retreat is part of some sort of Kremlin misinformation campaign.

Store clerk Svitlana Kyrychenko said she never heard Moscow’s announcement but had friends who told her the Russians were actually fortifying Kherson.

“No one will give us anything back just like that,” the 54-year-old said.

“I have friends who have a friend in Kherson, and she said that there are even more Russian troops in Kherson.”

Ukraine announced Thursday that its forces had recaptured a dozen villages across a region covering more than 200 square kilometres (75 square miles) around the city of Kherson.

But it remained unclear whether the Russians had cleared out of the city itself.

Satellite images show the Russians digging several lines of defensive trenches on the eastern bank of the Dnipro river.

The positions give the Russians a perfect position from which to shell Ukraine’s forces should they enter the abandoned city.

Mechanic Kosorotov said he was certain the Russians would destroy Kherson before allowing Ukraine to take it back.

“They will simply turn Kherson into ruins and that’s it,” he said. “They will let it sink into the river.”

But retired teacher Nina Belova said she was too worn down by life in wartime to focus much on the latest news from the front.

“My elevator has not worked since the first day of war, and I live on the ninth floor,” said the 78-year-old.

“What state can I possibly be in? I am just a bundle of nerves.” 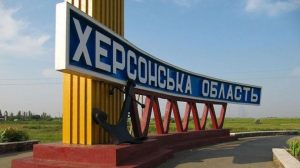 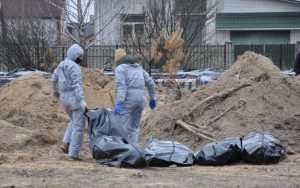 Next post There are more than 2,000 unidentified dead in Ukraine
iadmin