According to Ignat, the Russian occupiers have not seen “much result from a single missile or drone strike, which is why they reduced attacks recently.” Therefore, Ignat suggested that the Russian Federation is probably trying to build up supplies to launch another massive attack on Ukrainian critical infrastructure.

“Actually, since the last four massive Russian attacks that we had in October – the enemy has been stockpiling its assets for several months,” Ignat pointed out.

“Russians are probably accumulating some stockpile of missiles to prepare a massive attack. The enemy has not abandoned its intentions to destroy our critical infrastructure,” Ignat added.

At the same time, according to him, the threat to Ukraine from the Black Sea has diminished as Russia has been less likely to put its Kalibr cruise missile carrier ships at sea.

“As you can see, fewer threats come from the Black Sea due to various factors – in particular, perhaps the influence of our closest neighbors, who have guaranteed a safe corridor for the export of agricultural products. It shows that the production of Kalibrs is not fast. There are certain limitations of supply,” Ignat said.

Russian forces damaged 18 facilities of critical infrastructure in 10 regions. In addition, more than ten people were injured in the attacks. Local emergency shutdowns continue in Kyiv, Zaporizhzhia, Dnipropetrovsk, and Kharkiv regions while power engineers continue to repair the damage from shelling. 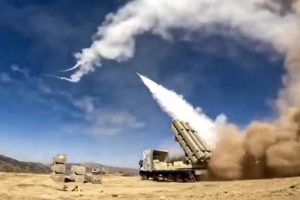 Next post Saakashvili: The fall of Kherson is the biggest military defeat for Russia after Afghanistan
iadmin