Russian citizen Pavel Kopylkov, who was fined by a court in Tbilisi for defiantly insulting Georgia and the Georgian people, decided to leave the country.

The Russian gave an interview to Netgazeti, where he said he apologized, but could not explain his behavior.

On November 5, Pavel Kopylkov went out to Agmashenebeli Avenue in Tbilisi and defiantly, many times without stopping, repeated the same insulting phrases using profanity.

He was detained under articles 166 and 173 of the Criminal Code – petty hooliganism and disobedience to the police. The court fined Kopylkov and released him without raising the issue of deportation, which caused outrage in social networks and questions from the opposition.

“I want to apologize and say that I absolutely did not mean what I said. I never thought so, and I don’t think so now.

I can’t give a rational reason. I had a nervous breakdown and just wanted to do something really bad. Did the first terrible thing that came to mind. I knew that people would get angry and that, most likely, I would be taken to the police.

I hope the Georgian people will understand that this was a total emotional problem. I said the worst words that came to mind. That’s all.

I understand everyone who is angry with me. They are right. I just want to say that if someday they understand me and allow me to return, I will really [рад]because here I spent a very good time, met with wonderful people, I had a project…

If you let me come back, I’ll try to improve…,” Kopylkov says now.

The court fined Kopylkov, according to him, three thousand lari. At the same time, it became known that before that he had already been detained by the Georgian police once for behavior that violated public order, but then it did not reach the court.

Kopylkov told Netgazeti that he has periodically visited Georgia since 2021, and has been renting an apartment here since this year. He claimed that the move was not connected with the war in Ukraine, but with his plans to work in an “agricultural institution in Kakheti” and “to carry out a theater project.”

Kopylkov confirmed that his father is a Russian businessman Alexander Kopylkov, but claimed that his arrival had nothing to do with family affairs at all and that he was not aware of his plans. Kopylkov also said that his father “is not Putin’s oligarch.”

Earlier, the co-founder of the InformNapalm project, Irakli Komakhidze, claimed that Pavel Kopylkov represented the business interests of his father, who was testing the waters in order to withdraw his assets from Russia. In the United National Movement, Kopylkov Sr. was called “an oligarch from Putin’s entourage” and stated that he was connected with the military industry. 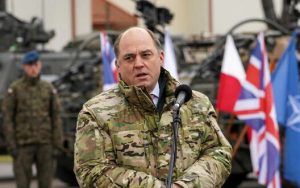 Previous post Defense ministers of Great Britain, Netherlands and Latvia opposed any pressure on Ukraine regarding negotiations with Russian Federation 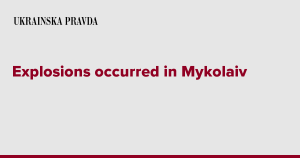