On the evening of November 5, a video was virally circulated in the Georgian segment of FB and further in Telegram, in which a certain young man in Russian shouted obscene language at Georgians and Georgia on Marjanishvili Square in Tbilisi.

He was detained by the police and charged with disorderly conduct and disobedience to law enforcement agencies.

According to the co-founder of the international volunteer community InformNapalm and OSINT expert Irakli Komakhidze, Georgian and Ukrainian volunteers (“OSINT Bjoli” (@osintbees) studied the video, as a result of which they managed to identify and obtain quite detailed information on the “hooligan” who mows mobilization, and at the same time behaves in a disgusting way.He turned out to be a Russian citizen Pavel Alexandrovich Kopylkov, born in 1993, a Muscovite.

According to the volunteers who investigated this person, it turned out that this is not the first “friendly” visit of the Russian Pavel Kopylkov to Georgia. He has been coming here often since the end of 2021 and has come more than once to start Russian aggression against Ukraine. The source notes that since the end of this summer, Pavel Kopylkov has been in Georgia without a break. Moreover, there is information that he represents the business interests of his father, businessman Alexander Kopylkov, who is testing the waters and aims to redirect some of his assets outside of Russia.

According to the volunteers, the reason for his strange behavior was the argument that he “will do it.”

However, the investigation did not end there. A possible connection of the Kopylkov family with the FSB and the Kremlin was revealed.

“So, a Spanish-language source in early September of this year. mentioned Alexander Kopylkov. It follows from the publication that a certain Alexander Kopylkov, a businessman of Russian origin, whose companies participated in the financing of Russian military operations in Syria and Ukraine, could falsify data about his Sephardic origin and fraudulently obtain Portuguese citizenship in 2019-2020…

What is known about Alexander Kopylkov (53) is that he is a Russian businessman and co-founder of one of the largest Russian construction companies MIC. The company is known for its participation in government contracts for the Russian army and cooperation with other Russian oligarchs (for example, Alisher Usmanov, a member of Putin’s inner circle and the subject of personal EU and US sanctions). 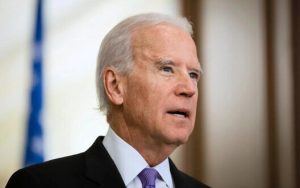 Previous post Biden on recent talks with Putin: Our conversations were focused only on reducing risks and relations between US and Russia 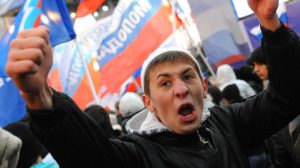