The Kyiv authorities are preparing to evacuate the residents of the capital in the event of a complete cessation of electricity supply, UNIAN reports.

As Roman Tkachuk, director of the Department of Municipal Security, stated in a commentary to The New York Times, there is a risk of losing the entire power supply system in the event that Russia inflicts new strikes on critical infrastructure.

According to him, the city authorities will receive a message that the power grid is on the verge of failure within 12 hours. If it comes to that, Tkachuk noted, “we will start informing people and asking them to leave.”

We are talking about a situation where there will be neither electricity nor water supply in the city.

Now everything is under control in the capital and there is no reason to talk about an emergency, Tkachuk added after the publication was published, as stated on the website of the Kyiv City State Administration.

“The civil protection system must be ready for various options, but this does not mean that we are now preparing to carry out the evacuation. To respond correctly, we must have a plan for all possible cases … There are no reasons to talk about evacuation yet, ”Tkachuk emphasized.

Interruptions in power supply in Kyiv and the region began on October 10, after the first massive Russian strikes on the energy infrastructure.

Emergency shutdowns and stabilization shutdowns are currently in effect in the city. Temporary controlled restrictions for all categories of consumers are necessary to reduce the load on the networks, maintain a stable balancing of the power system and avoid repeated accidents.

According to the former Minister of Energy and Coal Industry of Ukraine Ivan Plachkov, due to the shelling of the Russian Federation, only one of the four powerful transformers works in the region: “If you do not turn off the remaining one, it will be overloaded and may fail. One transformer works, but you need to do the work, you need to connect others, and in order to connect them, you need to remove the voltage from what works, that is, turn it off, so consumers are left without electricity.”

Kyiv Mayor Vitali Klitschko did not rule out a scenario in which the capital would be left without heat, water and communications. In order to minimize the consequences for Kyivans of the consequences of Russia’s constant attacks on critical infrastructure facilities, an average of 100 heating points will be prepared in each district of Kyiv, which will work in case of emergencies in winter. These points are equipped with everything you need: heat, lighting, bathrooms, dining rooms, places to rest, banks of warm clothes and warm blankets. 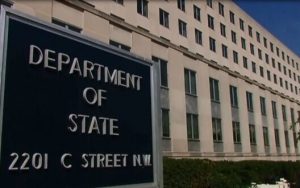 Previous post US and Ukraine’s position on negotiations with Russia matches, – State Department 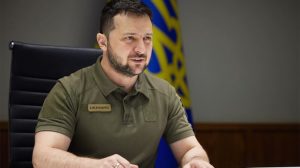 Next post Zelenskyy: Ukraine has received new air defence systems; we are moving towards 100% protection of the sky
iadmin