The International Republican Institute (IRI) publishes the results of a public opinion poll. According to the study, society strongly supports Georgia’s accession to the European Union. Also, as stated in the IRI press release, the respondents express dissatisfaction with the presence of Russian citizens in the country and express distrust of political parties.

85% of those polled fully or more or less support Georgia’s European aspirations. Among them, support for 60% remains unchanged, even if this choice leads to a break in trade relations with Russia.

“The demand among Georgian citizens for the country to become a member of the European Union is still high. The long-term, unwavering desire of the citizens of Georgia to return to the European family deserves special mention, which is confirmed by our latest research,” said Stephen Nix, director of the Eurasian office of the International Republican Institute.

According to the survey, trust in political leaders is low. Also, only 15% of respondents said they trust political parties, and 42% said that no political party represents their interests.

At the same time, the desire of the public to see more young people in politics is increasing and amounts to 79%.

According to IRI, the study was conducted between September 13 and October 2, 2022 on behalf of the Center for Research of the International Republican Institute by Dr. Rasa Alishauskine, representative of Baltic Studies and Gallup. Field studies were carried out by IPM. The data was collected during personal interviews. The sample included 1,500 respondents of voting age. The data were weighted by age, gender, region, and size of locality. The margin of error is +/- 2.5%, the response rate is 74%. The study was made possible by the support of the American people through the US Agency for International Development. 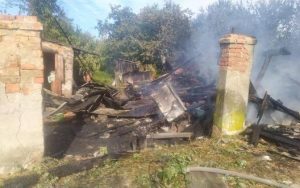