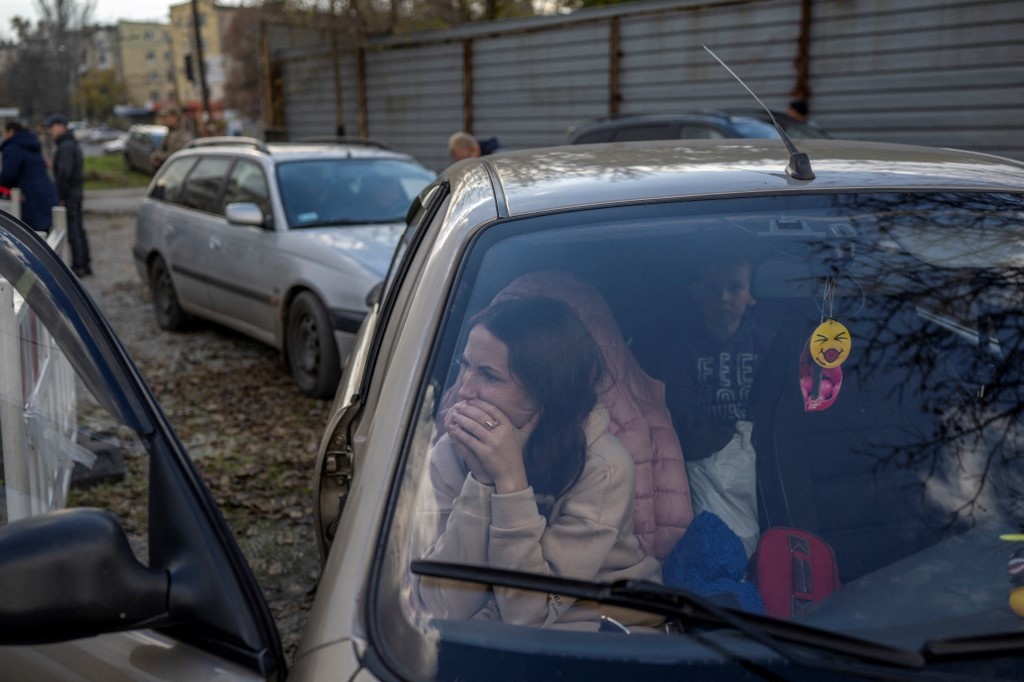 
One couple buried their phones in the garden to keep them from being seized by the Russian invaders.

Others gave away their cars or paid bribes to get Russian troops to let them flee to Ukrainian-held land.

And many more lost their businesses and homes to the new rulers of Kherson and its neighbouring region of Zaporizhzhia in Ukraine’s war-shattered south.

The accounts of life under occupation by those who managed to escape tell a tale of near-total paranoia and subjugation to the whims of soldiers and Kremlin appointees.

Russia has imposed martial law and curtailed communications across four Ukrainian regions it proclaimed as its own in September.

None are under full Kremlin control and all are enduring heavy fighting in the third month of Ukraine’s push back into captured lands.

But the pattern they paint does not easily fit with the version Kremlin media portray for their domestic audience.

The Russian-held plant — Europe’s largest — is near the scene of constant shelling and only has enough power to keep its six shut reactors from melting down.

“Our entire city is full of strangers with guns,” the 44-year-old Energodar native said.

Lyudmyla and Oleksandr Shevchuk said Russian troops in their Kherson region village of Kachkarivka would barge into people’s homes and seize mobile phones.

The 56-year-old husband and wife said the Russians probably feared that locals would give their positions away to Ukrainian forces near the front.

“They would walk from house to house with their weapons. Then they would throw all the phones in a bucket and walk away,” Lyudmyla said.

“We would bury our phones. Everyone would do that. The ones that didn’t bury theirs in time -– all of them lost theirs.”

Mother-of-two Iryna Mykhaylena said soldiers once stopped her and her daughter in the middle of the street in the Zaporizhzhia region city of Berdyansk.

“They rifled through her bag, looking for her phone. That same day, my friend’s 12-year-old was walking down the street alone and was also stopped. They also searched her bag,” the 43-year-old realtor said.

“You have to delete all your correspondence –- God forbid you say something somewhere against Russia. No one feels safe.”

Russia has been rushing families into areas under its firmer control as Ukraine slowly fights its way deeper into Kherson.

But those who escaped in the opposite direction said soldiers were ready to drive people up to Ukrainian positions — for a price.

“You used to be able to pay them off with vodka but now you have to really pay,” said a Kherson-region woman who agreed to be identified only as Olga for fear of retribution.

“The Russians would take you out and then come back and take your belongings,” the 57-year-old resident of partially-recaptured Dudchany said.

Oleksandr Shevchuk said his friends handed over their car keys to the Russians to be let through.

“We later saw the soldiers driving around in that car,” he said.

The husband and wife said the soldiers also put “psychological pressure” on Kherson residents to move to the Kremlin-annexed peninsula of Crimea instead.

“They were happy to drive you in that direction,” the husband said.

– ‘Chechens are taking over’ –

The phones that the Kachkarivka villagers buried all had to use Russian SIM cards and could only access sites approved by Moscow censors.

The transition is part of a Russification drive that has forced local officials to either switch sides or face arrest.

Kherson region native Nina Bezguba said she fled her village of Nizhni Serohozy when soldiers from Chechnya — a region under command of feared strongman Ramzan Kadyrov — flooded in two weeks ago.

“The Chechens are taking over our homes,” the unemployed 44-year-old said.

“I would say 60 percent of the population is now Chechen.”

Many described locals across the occupied territories staying home as much as possible to avoid contact with the Russians.

The realtor Mykhaylena said the occupation authorities were using their new powers to confiscate profitable businesses such as resorts and hotels in her Sea of Azov city.

“They come with the commandant, point their finger, say they want this, and that’s it,” the Berdyansk native said.

But not everyone was giving up without a fight.

Olaksandr Gorbonosov said he and his friends would pour sugar into Russian military fuel tanks to make the machines — if only briefly — inoperable.

“But then we understood it was no use. They would just go up to farmers and threaten to burn down their equipment unless they gave them more fuel,” the Energodar native said.

“I fled when the Russians figured out where we lived. There are so many informants.” 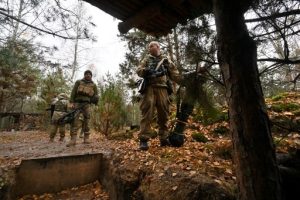