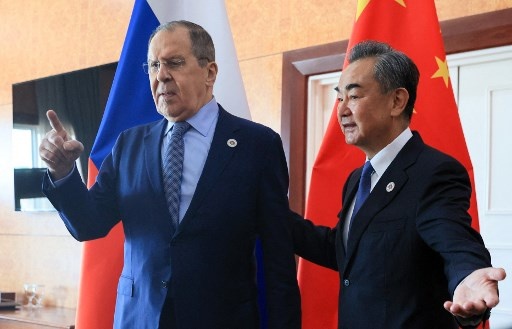 China wants to deepen its relations with Russia and supports it fully, the foreign minister said Thursday in another display of Beijing avoiding criticism of Moscow’s invasion of Ukraine.

China and Russia had a tumultuous relationship during the Cold War but have grown closer in recent years as they worked to counter the United States.

China has steadfastly avoided criticising Russia for invading Ukraine and instead blames the United States and NATO for the war.

Beijing says Washington and NATO pushed Russia into a corner with steady expansion of the transatlantic military alliance and by backing Ukraine’s drive to be a pro-Western democracy.

“China will also firmly support the Russian side, under the leadership of President (Vladimir) Putin, to unite and lead the Russian people to overcome difficulties and eliminate disturbances,” Wang said in a call with his counterpart Sergei Lavrov, according to state broadcaster CCTV.

“China is willing to deepen contacts with the Russian side at all levels,” Wang said, according to CCTV.

These were China’s first official comments on Russia since President Xi Jinping secured a third term in power Sunday as leader of the world’s most populous country.

Last month Xi expressed support for Putin, despite the Russian military’s setbacks in the war in Ukraine.

Xi said China is willing to work with Russia for mutual support of their “fundamental interests.”

Wang met last month with Ukrainian Foreign Minister Dmytro Kuleba on the sidelines of the UN General Assembly in New York. It was their first public meeting since Russia invaded Ukraine on February 24.

This was seen as a sign that China wants to nuance its position on the war; officially it is neutral but the West says China is too conciliatory toward Moscow. 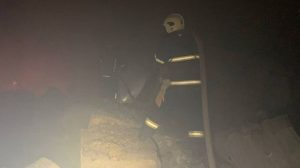 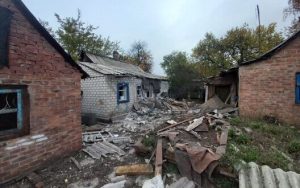 Next post Occupiers shelled settlements on front line in Donetsk region at night and in morning. PHOTOS
iadmin