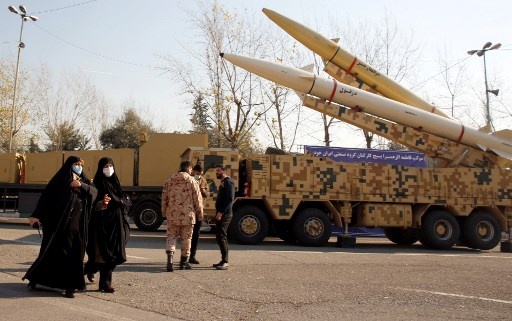 According to Ukrainian military intelligence, Russia is facing a critical shortage of ammunition, and has only 120 Iskanders and 40 Daggers left. As such, Russia plans to buy Fateh-110 and Zolfaghar ballistic missiles from Iran.

Yuriy Ignat, spokesperson for the Ukrainian Air Force, believes that Russia is preparing to station Iranian ballistic missiles close to Ukraine’s northern border. He said that shooting them down is “possible in theory but very difficult in practice.”

“We’re going to take every [possible] defense measure against these missiles. They’ll probably be stationed to the north of Ukraine and launched in such a way as to threaten the whole of Ukraine,” Ignat explained in a briefing on Nov. 1.

“These are ballistic missiles. We have no effective defense against them. We have the means of air defense, but not of missile defense,” he added.

Ukrainian intelligence has confirmed that Iran plans to send a shipment of over 200 combat drones to Russia in early November, particularly Shahid-136, Mohajer-6, and Arash-2 models. The Iranian drones will be delivered through the Caspian Sea to the port of Astrakhan. Once Russia, the drones will be assembled, repainted and given Russian markings, particularly “Geranium-2.”

Continuous Russian attacks on Ukrainian power plants have led to power outages in many parts of the country, including the capital Kyiv. Iranian drones have played a key role in these attacks.

On Oct. 28, Ukrainian Foreign Minister Dmytro Kuleba, in a phone conversation with his Iranian counterpart, demanded an immediate halt to Iranian arms deliveries to Russia.

“Today, I received a call from Iranian Foreign Minister Hossein Amir Abdollahian, during which I demanded that Iran immediately cease the flow of weapons to Russia [that are being] used to kill civilians and destroy critical infrastructure in Ukraine,” he stated on Twitter.

Tehran acknowledged that it had handed over a batch of its drones to Moscow before the war began. Kyiv does not believe this. U.S. media wrote about Iranian drone deliveries to Russia back in August. Then, in October, the European Union imposed sanctions against the Iranian drone manufacturing company. Earlier, Iran and Russia also denied any deliveries. 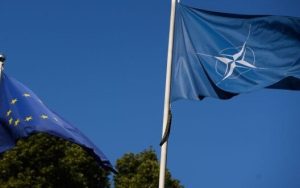 Previous post NATO and EU are discussing possible negotiations with Russian Federation after liberation of Kherson by Ukraine, – La Repubblica