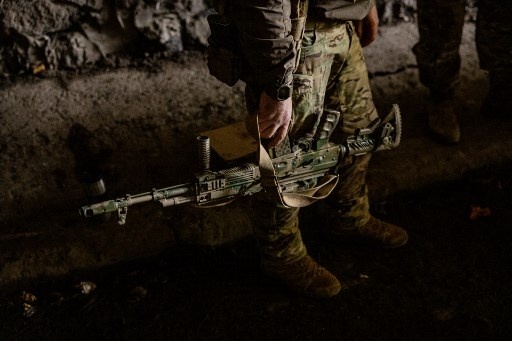 
In preparation for what may turn out to be a crucial battle for the city of Kherson in southern Ukraine, the Ukrainian military claims that Russia is amassing troops on the right bank of the Dnieper River.

On Oct. 28, 2022, the General Staff of the Ukrainian Armed Forces announced that Moscow had dispatched up to 1,000 recently mobilized soldiers to make up for personnel losses incurred as a result of an ongoing Ukrainian counteroffensive in the Kherson region.

“The command of the Russian occupying forces, in order to avoid panic among the personnel, is trying by all means to hide the real losses of servicemen…. There is a strengthening of the enemy group on the right bank of the temporarily occupied territory of the Kherson region with mobilized servicemen numbering up to 1,000 people,” the general staff noted in a statement.

According to the report, civilians were still being relocated from Kherson City on the Dnieper’s right bank to its left bank.

On Oct. 27, Russian representatives in Kherson claimed that more than 70,000 people, including members of the regional administration set up by Moscow, had left the city.

An offensive to retake the Kherson region and its capital, which Russian forces had taken during the early stages of the conflict, has been advanced by Ukraine.

Ukrainian forces were encircling Kherson from the west and advancing on Russia’s position on the Dnieper River’s right bank.The main advance of the Ukrainian army in Kherson was hampered, according to officials, by difficult terrain and poor weather.

The only land route to the Crimean Peninsula, which Russia illegitimately annexed in 2014, and the mouth of the Dnieper, which divides Ukraine, are under the control of Kherson, one of four partially occupied provinces that Russia declared to have seized last month.

On Oct. 28, the Ukrainian military reported that its forces had killed 44 Russian soldiers in the previous day. It also said that its forces had destroyed an ammunition depot and an equipment hangar. It was impossible to independently verify the claim, according to sources.

Ramzan Kadyrov, the leader of Chechnya and a close ally of Russian President Vladimir Putin, claimed that 58 of his soldiers were injured and 23 of his soldiers were killed by Ukrainian artillery this week in Kherson. Since pro-Moscow forces have rarely acknowledged suffering significant battlefield losses, the remarks were unusual.

Four locals were killed by Russian shelling in the eastern part of Donetsk, according to Pavlo Kyrylenko, the region’s military administrator, on Oct. 28.

Officials reported that Russian airstrikes, drone attacks, and shelling of Ukraine’s energy infrastructure were causing power outages in the country’s capital, Kiev, and other locations.

Oleksiy Kuleba, the governor of the Kyiv region, reported that a drone attack on Oct. 27 caused a fire at an energy facility in the capital. He claimed that the most recent attacks caused “very serious damage.”

President Volodymyr Zelensky asserted that such strategies would not intimidate Ukrainians.

On Oct. 27, as he stood outside in the dark next to the debris of a downed drone, Zelenskiy said in his regular video address: “Shelling will not break us — to hear the enemy’s anthem on our land is scarier than the enemy’s rockets in our sky.” 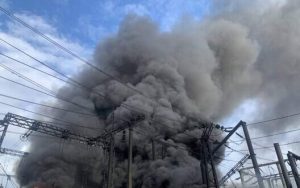 Previous post Electricity will return if we recognize occupied territories as Russian, – Medvedev