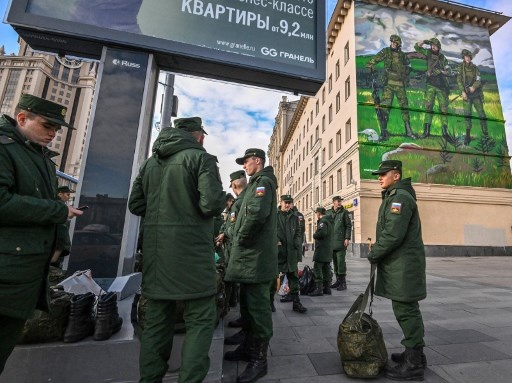 
Vladimir Putin’s plan to draft 300,000 men to fight in Ukraine is going forward – but not without complaints.

The politically-risky Kremlin move, announced on Sep. 21, has delivered tens of thousands of reservists and draftees to army recruitment centers. The men are badly needed to reinforce Russian Federation (RF) combat units in Ukraine that are so badly depleted, that 100-man fighting companies are routinely reported at 20-30 percent strength.

But one month into the mobilization, Russian family members, political opposition groups and the draftees themselves are increasingly documenting resistance and in some cases incidents nearing outright mutiny among new recruits.

In a forest near the central Siberian city of Novosibirsk, an end-of-training ceremony degenerated into a shambles after a formation of draftees from Russia’s Tuva Republic, which is north of Mongolia, upset with their treatment, ignored orders to be quiet, broke ranks and warned officials that a government remains in power only as long as the citizenry allows it.

“We were threatened. They (police) told us if we didn’t go there (to Ukraine) they would put us in jail. They wouldn’t help our families, they would stop all payments. There are not enough walkie-talkies for our squads. How will we communicate?” demanded a soldier in a family-member recorded video clip published on Oct. 21 by the Kolokol_21 Telegram channel.

“If there are no people whom will you rule? You give our families, children, a mangy sheep, and some groceries. What is this? You no longer look like official authorities in our eyes. Perhaps we people should get together and decide you are of no use!”, one unit spokesman said.

Driving Russian soldier discontent, in part, is Putin’s opponent: an increasingly capable Ukrainian military armed and trained by NATO nations, fighting to defend homes and families, and commanded by officers and NCOs with sometimes eight years of combat experience.

According to an Oct. 23 report by Russia’s independent Dozhd television channel, the life expectancy of a newly-mobilized Russian soldier can be 10 days or less. Recently-captured Russian soldiers described chaotic journeys from civilian life to a front where they were, seemingly, abandoned by their chain of command.

Private Maksim Spisov in an Oct. 24 video published by the 92nd Mechanized Brigade said he was mobilized on Oct. 3 and issued ancient kit like a Soviet-era helmet and a Chechen war protective vest. Training consisted of two days on a firing range, and once on the front troops received food at best once a day, and sometimes not at all, he said.

Spisov said unit officers placed him and his mates in flimsy fortifications less than 80 cm. deep into the ground. When the Armed Forces of Ukraine (AFU) hit their positions in the Kharkiv sector near the village of Myasozharivka with accurate mortar fire and then an infantry assault, no Russian army unit came to their aid and surrender was the only option, he said.

Vladimir Obrastov, a Belgorod resident captured by AFU troops in the Luhansk sector, said in a statement published by the Gruz200 Telegram channel on Oct. 25 that he did not want to invade Ukraine at all. Police came to his home, threatened to break down the door, and said he would go to prison on treason charges if he refused to fight, Obrastov said.

The official line of Russian state media is that the mobilization is going well but with isolated  hiccups. This has made Russian social media channels, more and more, the only trusted source of information for family members desperate for news about their men taken into the military.

The wife of Moscow resident Vladimir Zalesky in a TikTok statement related that her husband, a civilian with no prior military service, was mobilized on Oct. 15. After nearly two weeks of increasingly frantic attempts to contact him, and repeated official assurances that everything was fine, the regional draft board told her on Oct. 24 that her husband was hospitalized on Oct. 16, just one day after he was taken into the military. She said doctors told her he was hospitalized because of a severe head injury requiring surgery, and that the left side of his body was paralyzed. It’s still not clear how he got hurt, she said.

In Russia’s Mordovia provinces, a training graduation ceremony presided over by local officials and a priest, and recorded by a family member, similarly contradicted the Kremlin narrative of a caring and competent military leadership.

“We are just meat (cannon fodder) for you!” yelled one soldier in a video published on Oct. 25 by the pro-Ukraine Ishchi Svoikh (Look For Your Own) Telegram channel. Another soldier threw himself at the feet of a priest, said he was the father of many children and begged not to be sent to war.

Local official Aleksander Artiukkov said Russia appreciates its warriors and that the government is always ready to field citizen complaints. However, in the video clip, the priest ignored the soldier at his feet.

Military analyst Roman Svitan in an Oct. 25 interview on LatyninaTV said the combination of a highly-lethal AFU, untrained Russian recruits, and national leadership unwilling to acknowledge that this is happening will force Russian society to face up to an unpleasant reality.

Svitan argued that ballooning draftee casualty lists will trigger a cascade of complaints about the war, and possibly open opposition to it, inside Russia. The Russian general public is willing to accept the loss or disappearance a citizen volunteering to be in the military, but that won’t be the case for draftees, he argued.

“The wave (of dead bodies and injured) will come home (in November) and it will overwhelm the entire mobilization system,” Svitan said. “These are…people that didn’t volunteer, that didn’t want to go to the war. They were torn from their homes and (the state) will have to return them. Behind every mobilized soldier there is a mother, a father, a wife, a daughter, a son and an entire family.”

Putin in Oct. 27 comments at the Moscow-based Valdai Discussion Club think tank said Moscow will prevail in Ukraine because the Russian people understand keeping Ukraine under Russian control, and Western influences out of Ukraine, is critical to world peace and stability.

The next day, according to official Ukrainian military intelligence estimates, the death toll of Russian soldiers killed in Ukraine passed the 70,000-man mark.

Also on Oct. 28, according to the 76.RU news channel, at a training base near the city of Yaroslavl, an officer threw a recently-mobilized soldier upset with training conditions on the ground and fired a warning shot that missed, breaking the draftee’s nose and jaw, and blowing out three of his teeth. 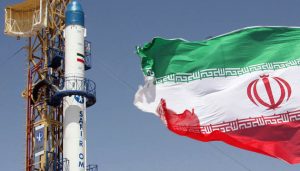