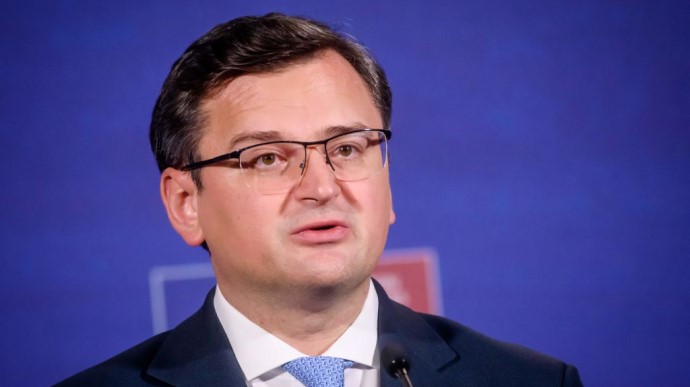 In a telephone conversation with his Iranian counterpart, Ukraine’s Minister of Foreign Affairs, Dmytro Kuleba, has demanded the immediate cessation of the supply of Iranian weapons to Russia.

Today, I received a call from Iranian Foreign Minister Hossein Amir Abdollahian, during which I demanded Iran to immediately cease the flow of weapons to Russia used to kill civilians and destroy critical infrastructure in Ukraine.

“Today, I received a call from Iranian Foreign Minister Hossein Amir Abdollahian, during which I demanded that Iran immediately stop supplying Russia with weapons that are used to kill civilians and destroy critical infrastructure in Ukraine,” the Ukrainian foreign minister said.

As has been widely reported, Russia has recently been making extensive use of kamikaze drones to attack Ukraine, which experts have identified as Iranian-made Shahed-136s, although Russian forces use them under the name Geran (“Geranium”). Tehran has repeatedly denied transferring drones to Russia. The White House considers Iran’s denials to be untrue.

Kuleba has submitted for the President’s consideration a proposal to terminate diplomatic relations with Iran over Russia’s use of Iranian-made drones.

Previous post What will the European Commission delegation see in Georgia? Nothing!